And not just because I haven’t been here in 30 years.

One of the funny things about being adopted is my parents talk about when they “got” me, as opposed to most parents who “have” kids. Not that it’s bad or anything, just a funny thing that pops up in conversation now and again. Just days after I was “gotten” in July 1974, the Goudie tribe headed up to Walloon Lake in the northern Lower Peninsula, for a two-week vacation with two other families, the Dunn’s and the Baker’s. This would repeat itself each August until I was 8 or 9 – I’ll get the exact year we stopped going sometime in the next year, because I’m about halfway through scanning all 10,000 of my dad’s 35mm slides, but that’s a story for another day. And many posts.

I frequently find that the things that are magical memories in the first decade of my life don’t match up to the lackluster reality when I revisit the actual locations. The places change, the people change, or maybe it’s just the soft-focus halo of time separating the now from the then; whatever the reason, the reality behind the curtain just can’t measure up.

So it was with much trepidation that I pulled into the little village of Walloon Lake at 39 years old, at least thirty years since our last stay in Cottage #1. I’ve already scanned 4 or 5 trips’ worth of Walloon pictures, which only heightened the level of mysticism and reverence which I held for this place. Spending so much time during that formative decade at this place puts Walloon pretty high on the “things I actually remember from childhood” list, so there was potential devastation if I arrived to find that I had been wrong all along.

Today was a beautiful day for the long drive northward, much of which occurred with the radio blasting and all four windows down. As I neared Boyne Falls, I decided I wanted to stop and visit Boyne Mountain Resort, where we had hiked at least twice during summer trips to Walloon, and we had also visited for skiing several winters during the 1980’s. Boyne Mountain kind of popped the memory bubble, with its condos blanketing the base of the mountain, faux-Alpine village, and golf carts everywhere. I had planned to hike up the mountain, but I couldn’t even bring myself to get out of the car. Thankfully, Boyne Mountain bubble-bursting wasn’t that big a deal – had this been Nub’s Nob, that would be a different story. 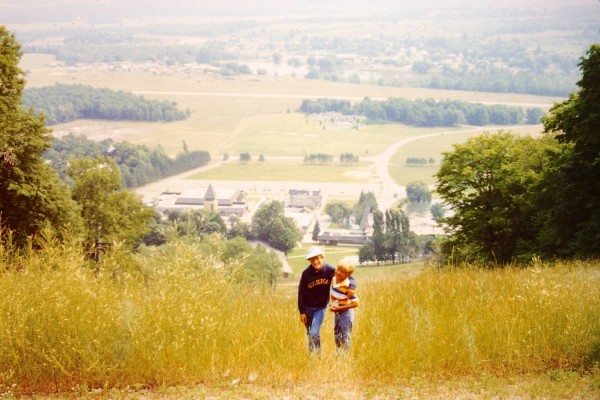 I swung into Walloon, drove by the Walloon Lake Inn, then looped around the south/west side of the lake, took some back roads back to the village, then drove up the north side of the lake, before deciding I wanted to hit Petoskey State Park before checking into my hotel for the night. Petoskey was a frequent day trip for us during those Walloon visits, because it’s just a few minutes up the road. Petoskey is beautiful! I honestly remember very little of the city from my childhood, but I was struck by the town as I drove through and instantly wished I lived there. The idyllic homes of Bay View and their  dizzying views of Little Traverse Bay nearly caused me to drive off the road, but since traffic was stop-and-go due to road construction, no vehicular assaults occurred. There was a very strong westerly wind that was whipping up three- and four-foot waves across the bay. I counted at least six kiteboarders, and there was another guy actually surfing at PSP – with enough wave height to cut back and forth.

I hopped back in the blue Focus and made my way back down to Walloon, where I had an excellent dinner at the Barrel Back: Black Bean Nachos, Heirloom Tomato & Green Bean Salad, and the best S’more I’ve ever consumed for dessert (cinnamon ice cream!!). The restaurant is right over the water at the west end of the lake, so the waves were coming right at us, and watching boats come into the marina with the strong winds made for some entertaining viewing. I didn’t spot any Wayfarers sailing the lake, but there was a Sunfish zooming back and forth and jumping waves. 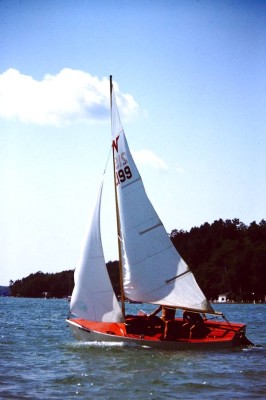 Happily bloated, I headed over to the Walloon Lake Inn to claim my room, which I successfully managed after trying to figure out where to get in the building (check in at the bar – duh!). I grabbed my camera and headed across the street to check out the view from the dock: 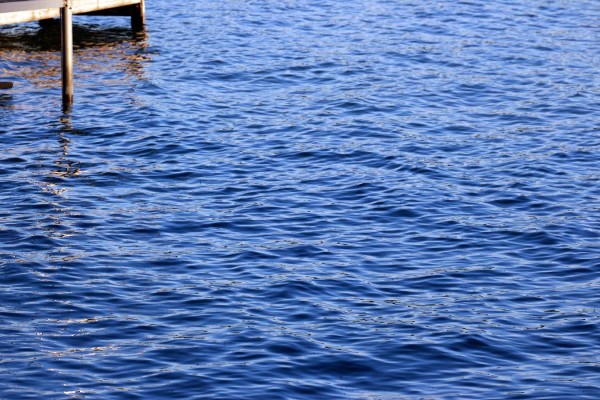 It was at that point that I finally could identify Cottage #1. See, it looks a bit different now than it did in 1978: 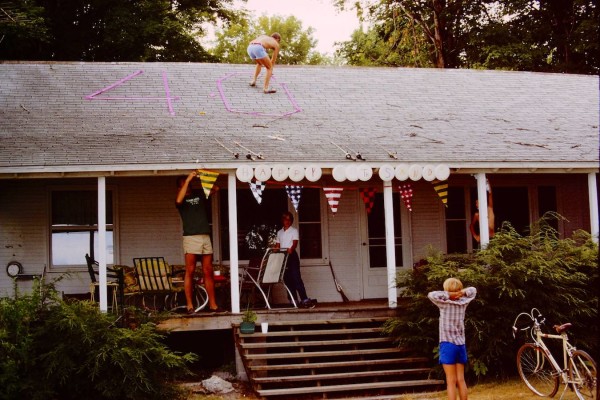 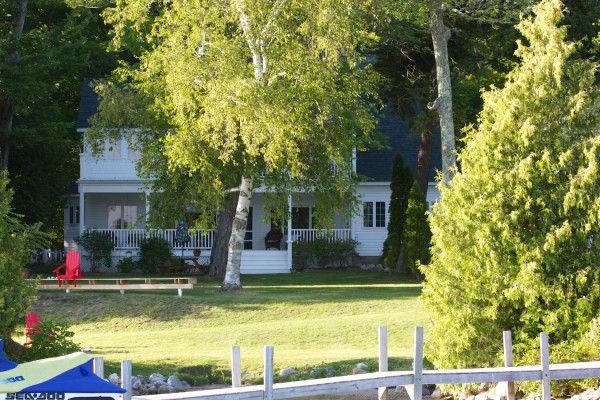 I’m happy to report that this place still feels magical, even though I’m now goat-old and the houses are new and there are massive docks at every house with three boats and the general store where we bought the candy is now a greenspace and the marina is a fancy restaurant and all those changes have happened – but Walloon Lake is still spectacular. I’m sure I was told about Hemingway’s history here when I was young, but I didn’t remember it at all until I read about it today, and I immediately see how he could find this place so inspiring. It’s rare that such a built-up memory doesn’t disappoint, but now I’m kind of mad that we stopped coming here – what kind of parents were you? (I kid). I want to bring my kids here, because the experience for them can still be as good as it was for me and my cohorts. 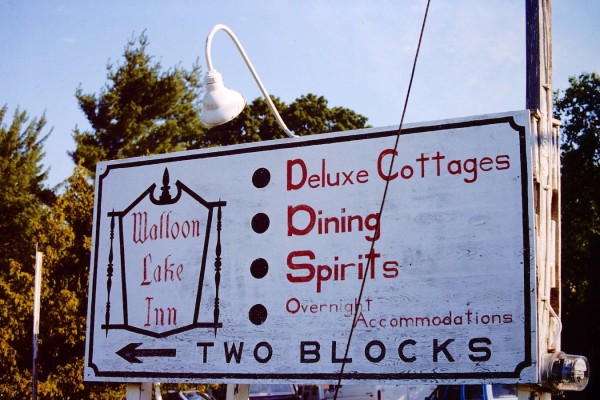 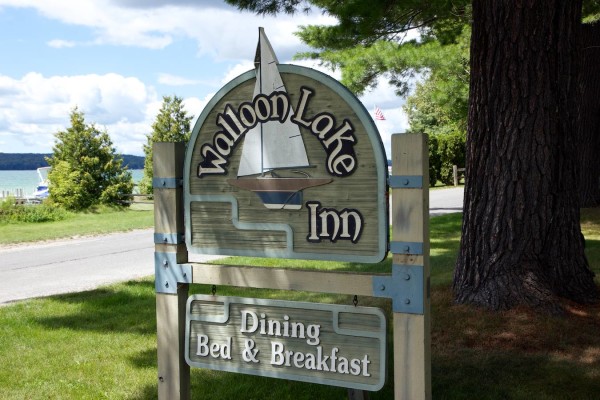 After a walk, I settled into an Adirondack chair to wait for the sky to light up with sunset, before I made my back to the end of the dock to capture a few frames of the day’s end: 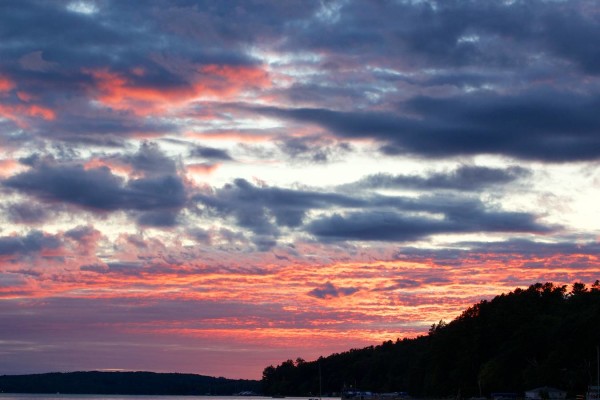 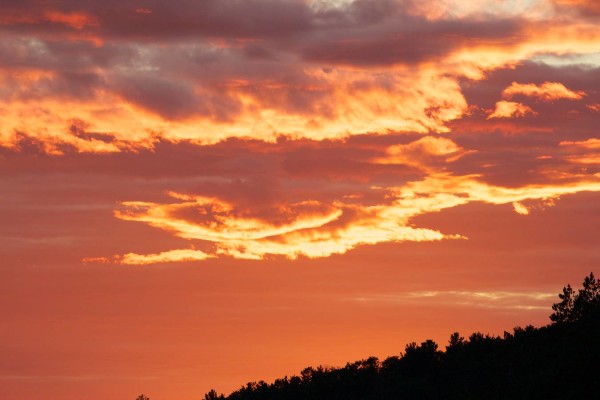 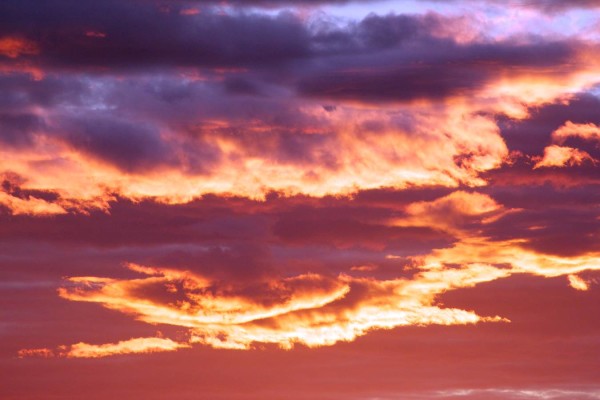 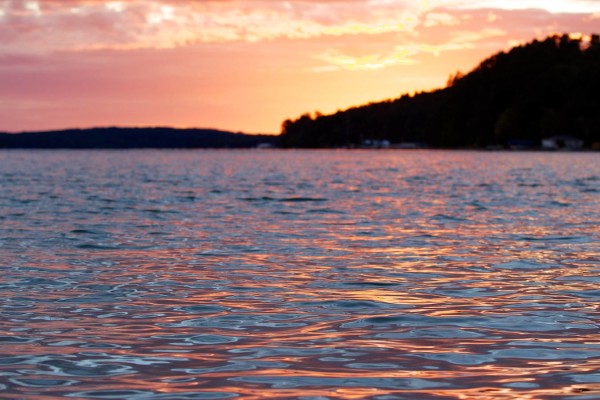 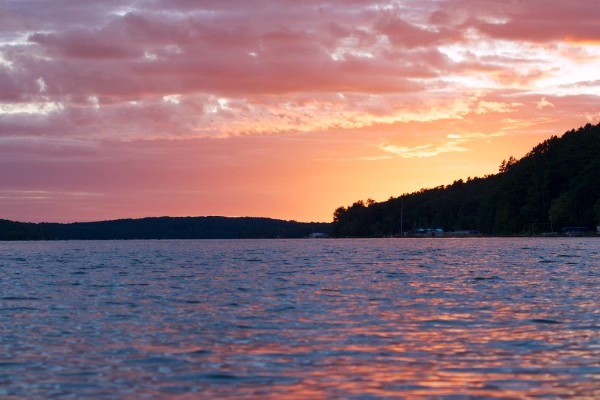 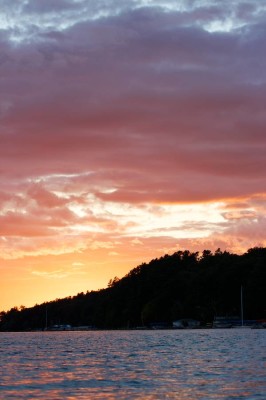 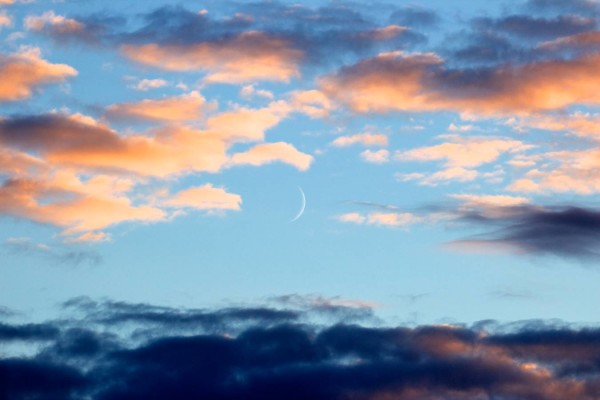 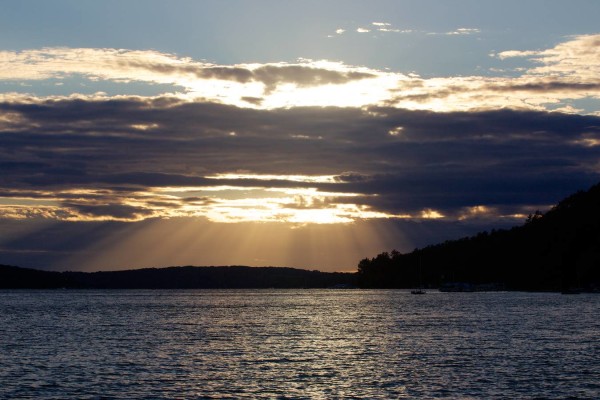