We left the house early for once, but Aly was still in bed, so it was just the three intrepid explorers heading to Animal Kingdom on this day.

We were there for one reason only: to ride Avatar Flights of Passage. We had been unable to secure FP+, despite checking all week, so we decided to get into the the park as early as we could manage, which was not quite early enough, but still before the park opened. We got into a long line and were told it would be about two hours, and it was almost exactly that.

The line wound all the way out of Pandora into Africa, nearly to the Lion King theater, but Leah was a very good sport despite the long wait. The ride, as last time, was amazing. 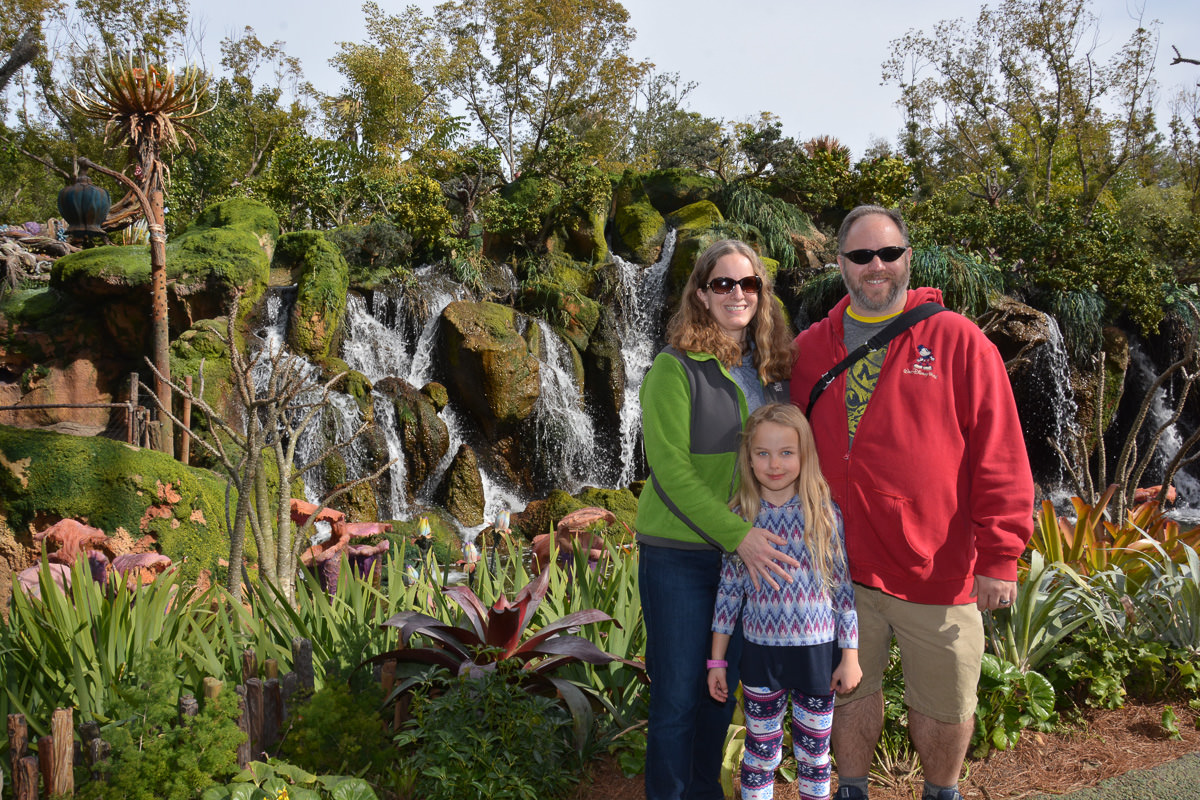 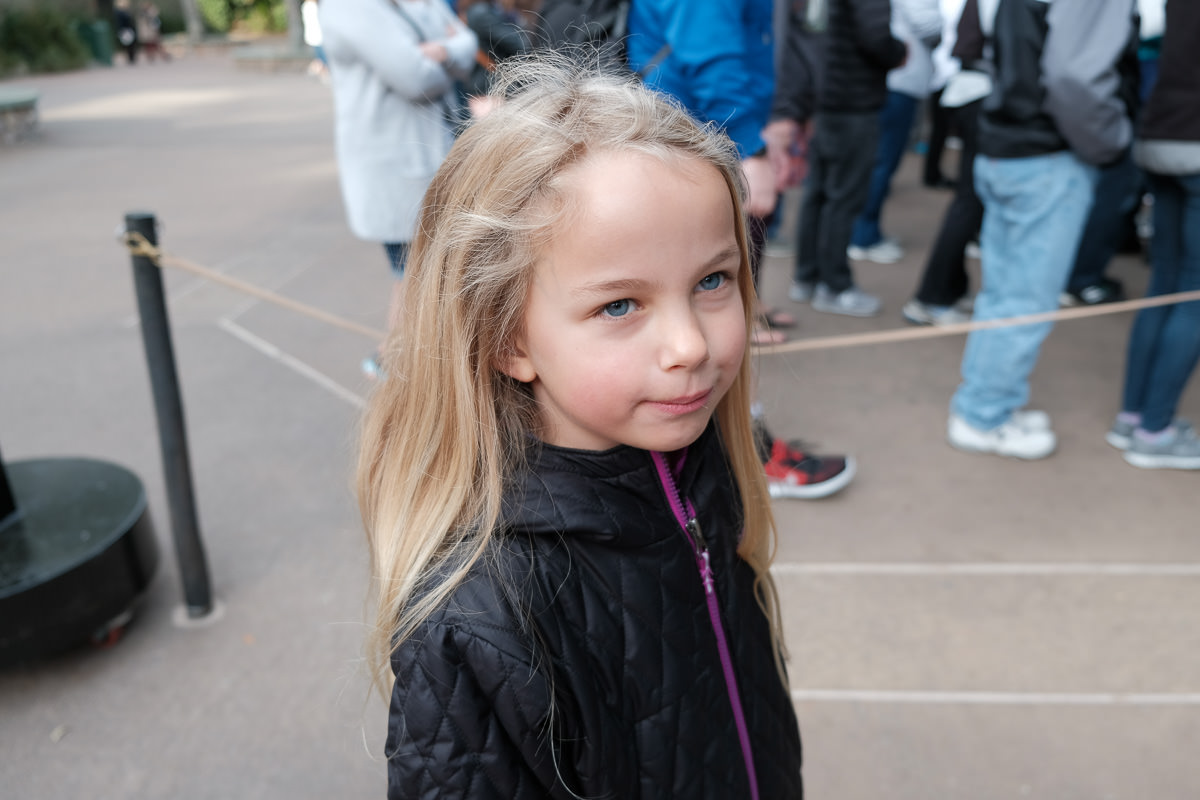 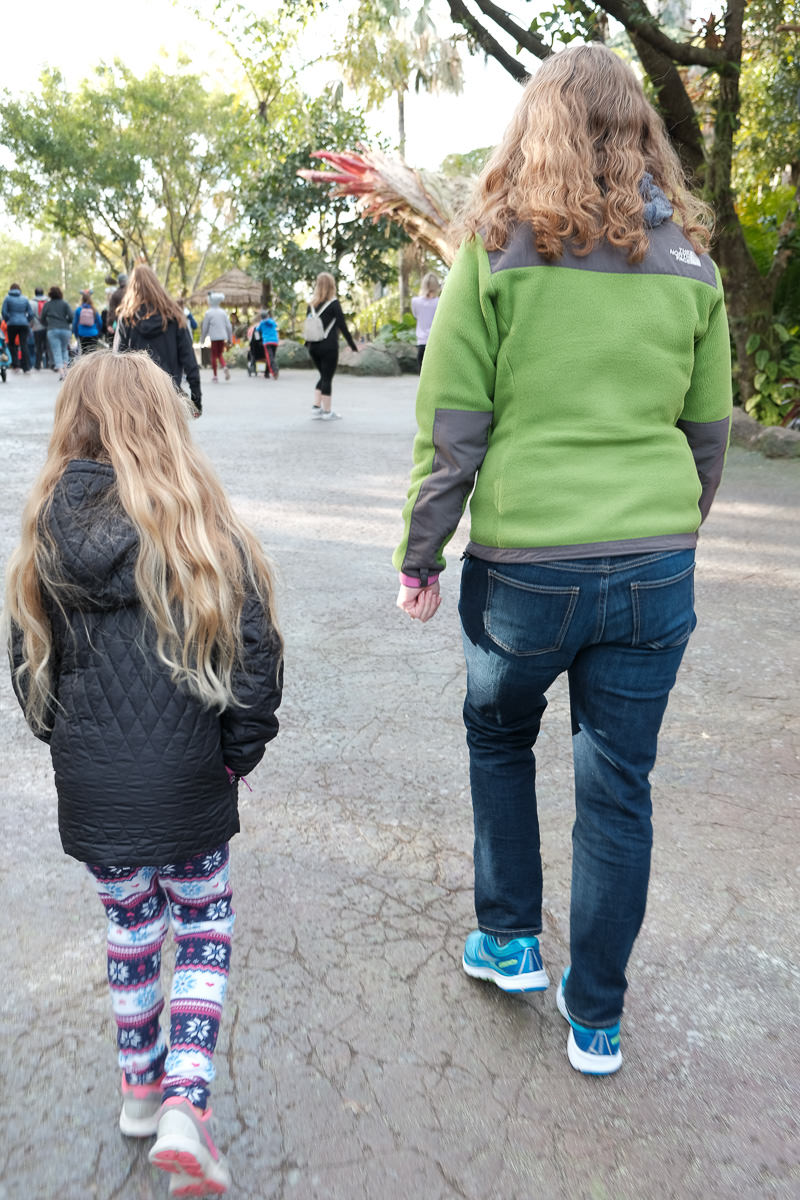 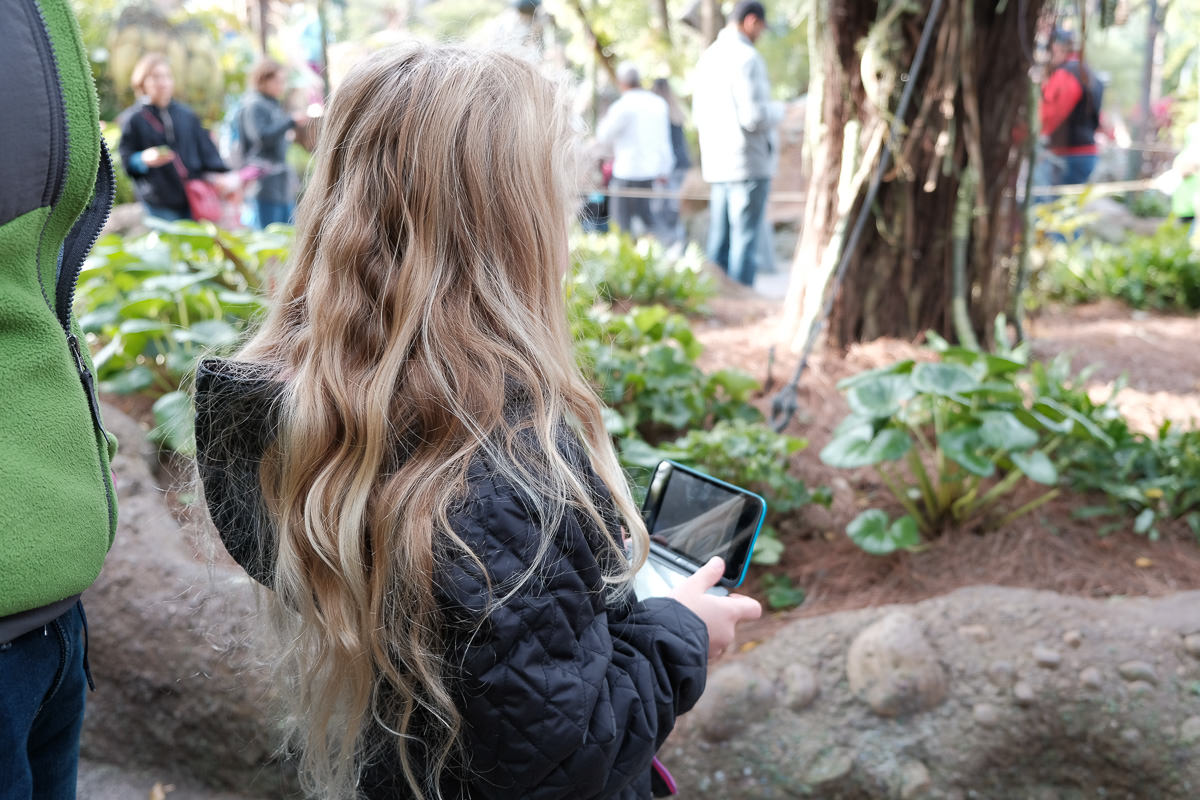 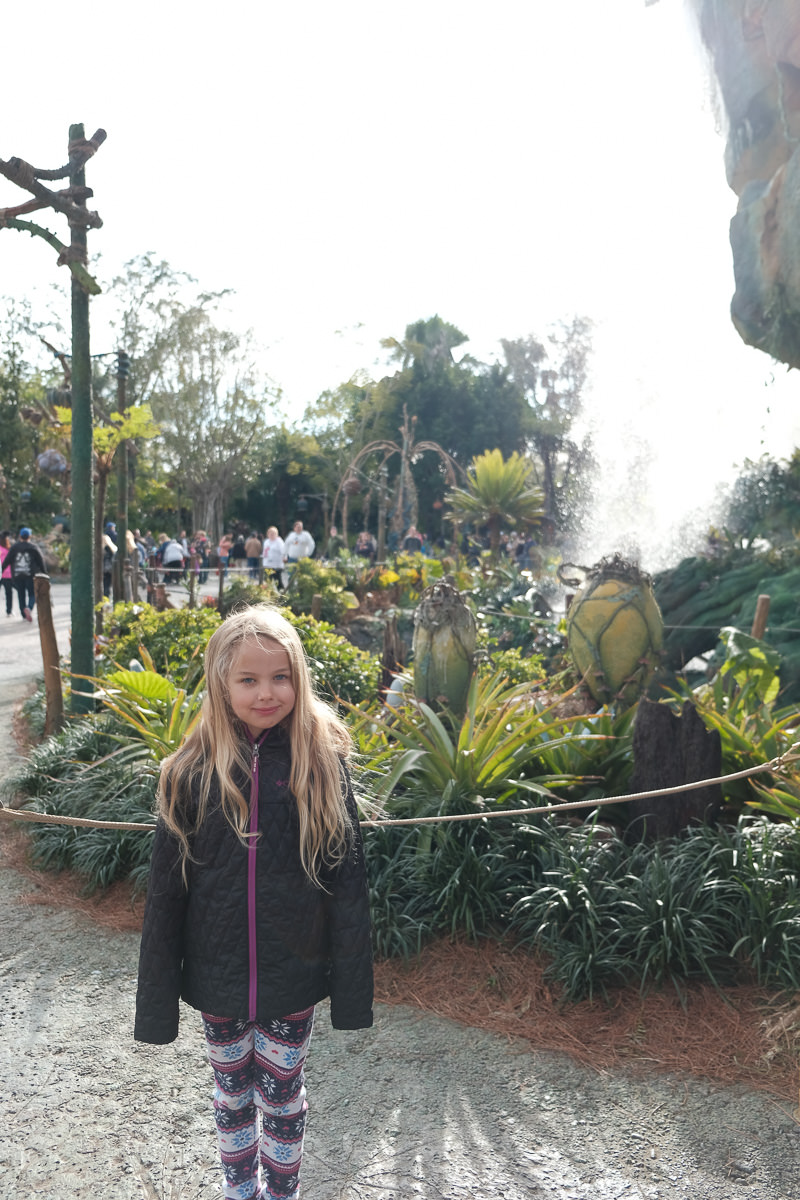 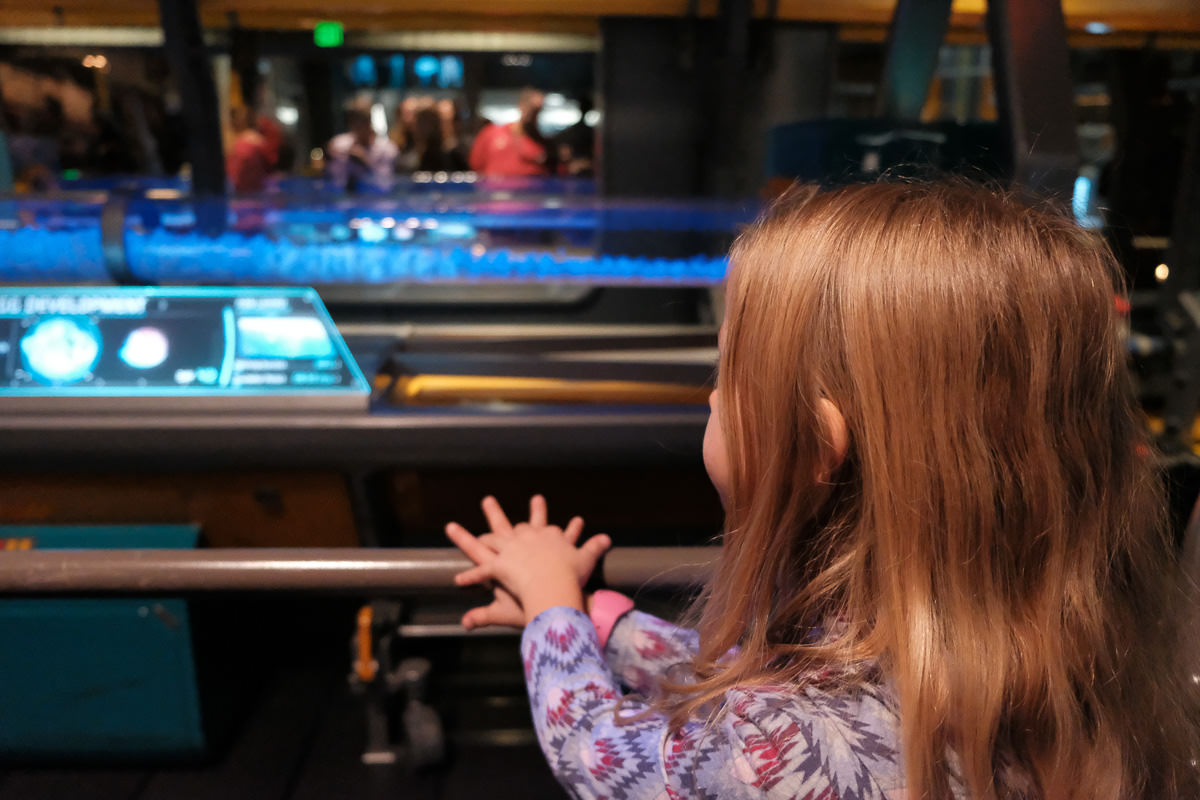 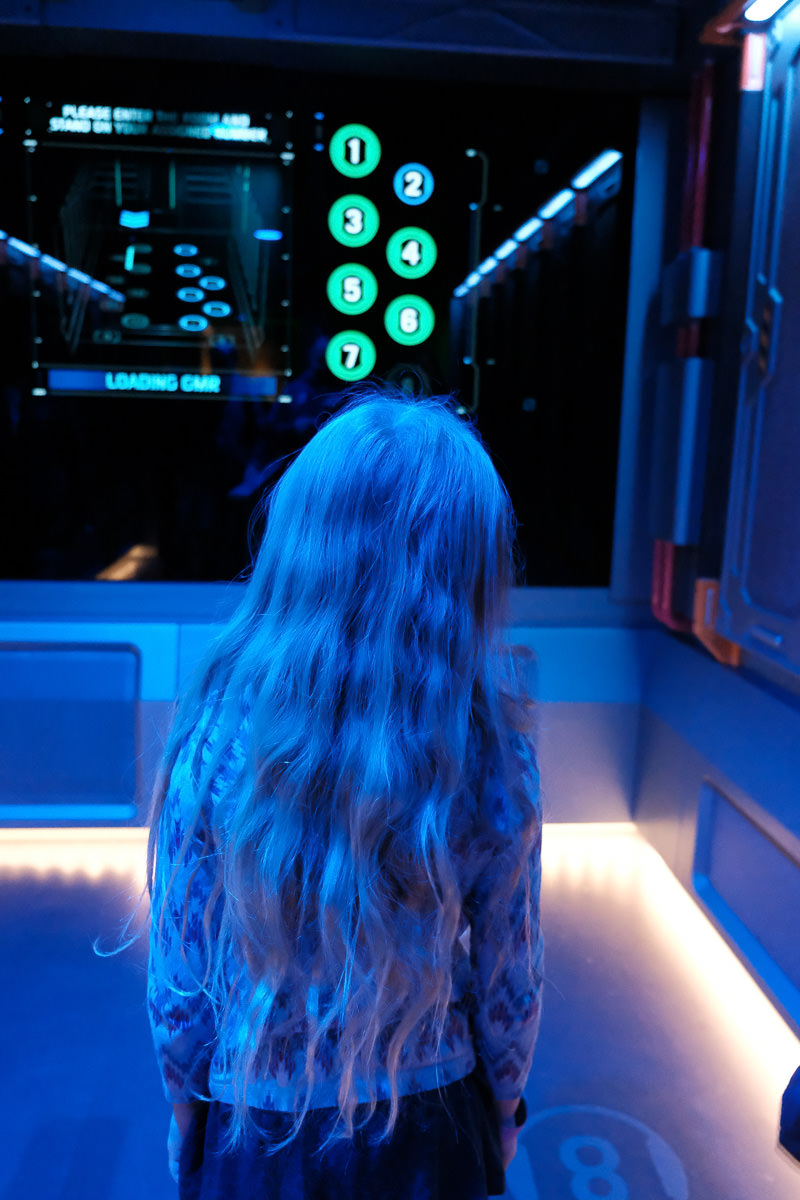 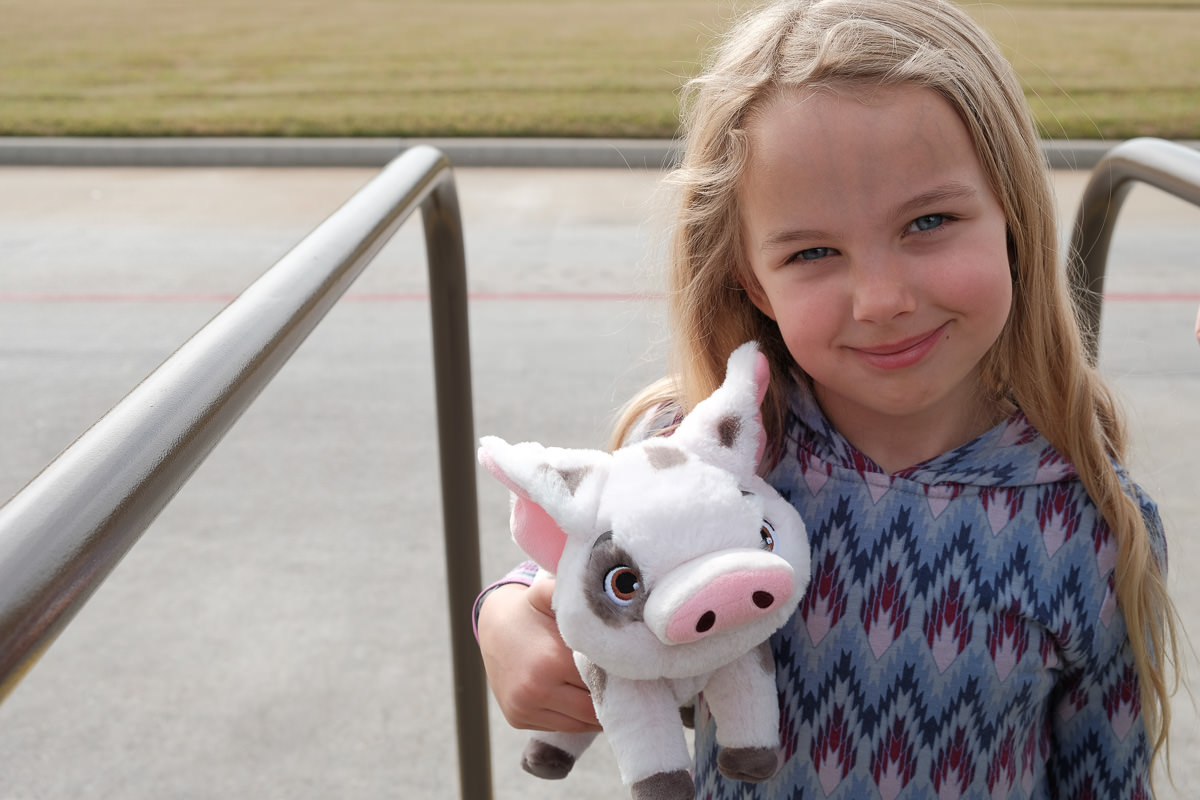 After that one ride, we came back to the house, ate lunch, and swam.

Then we were off to the Polynesian resort for dinner at ‘Ohana. 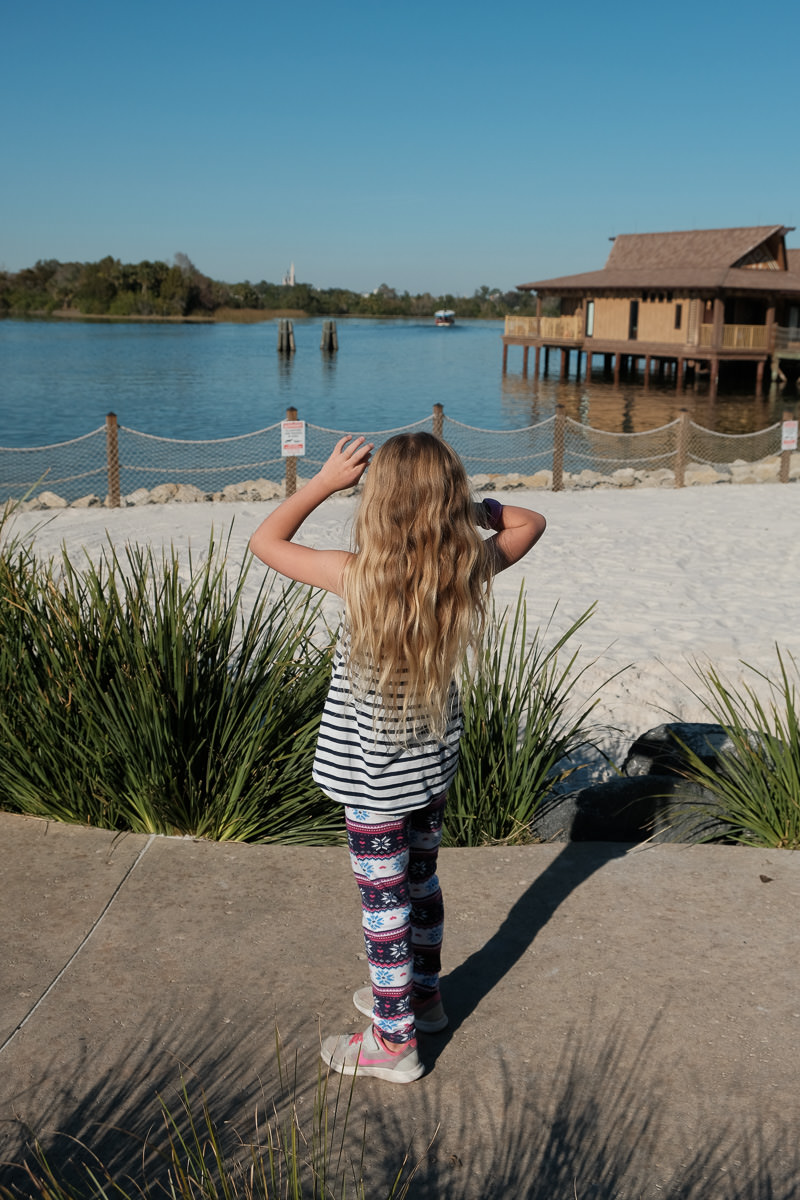 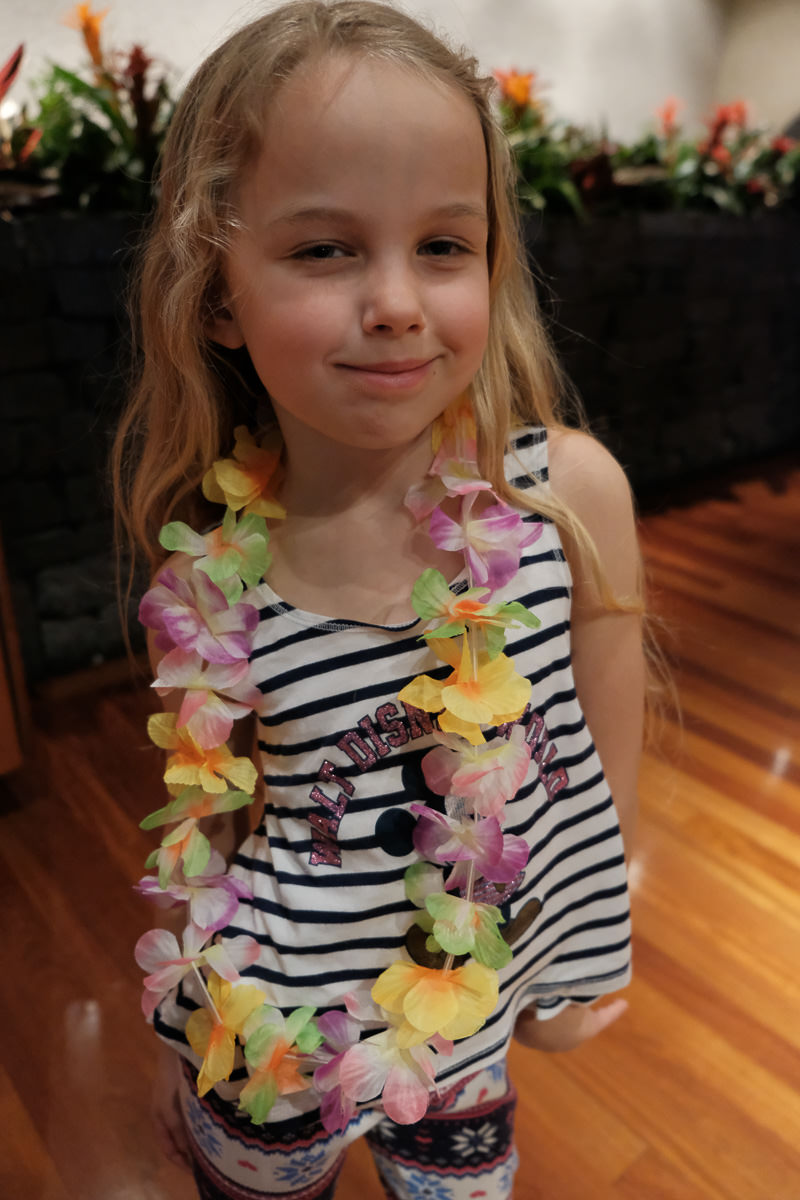 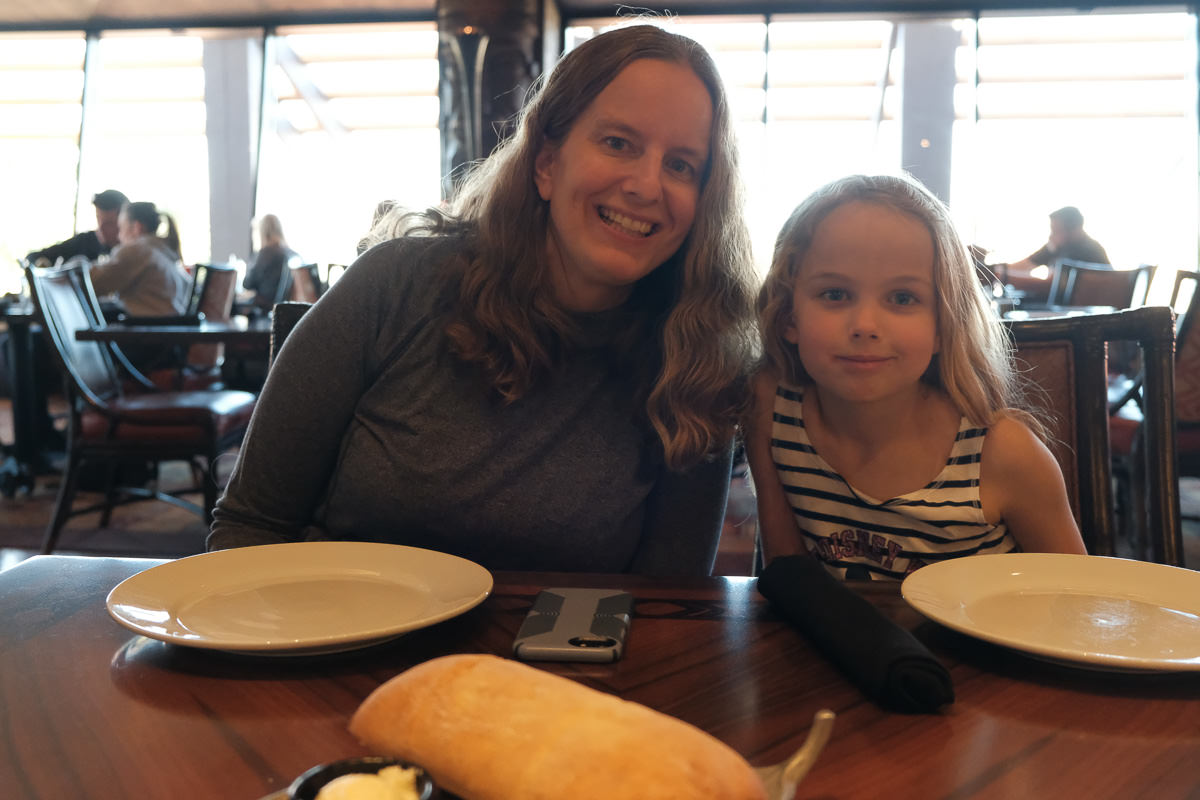 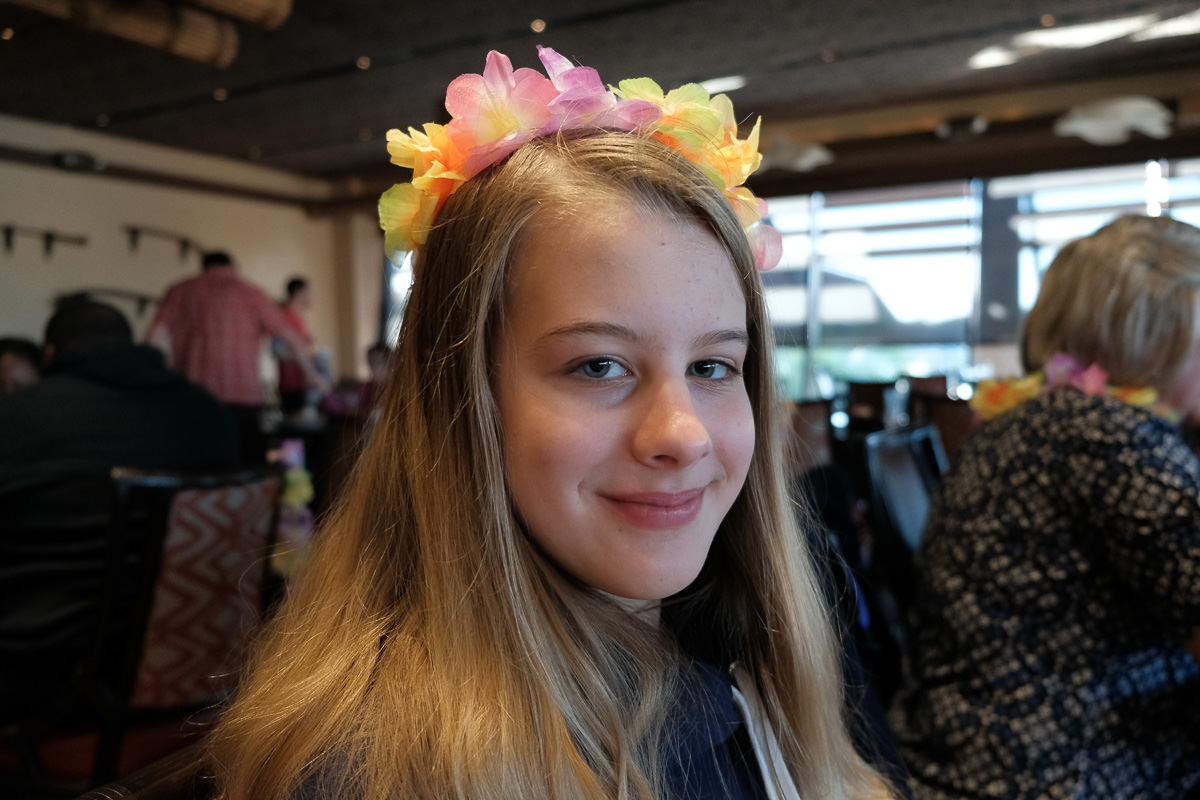 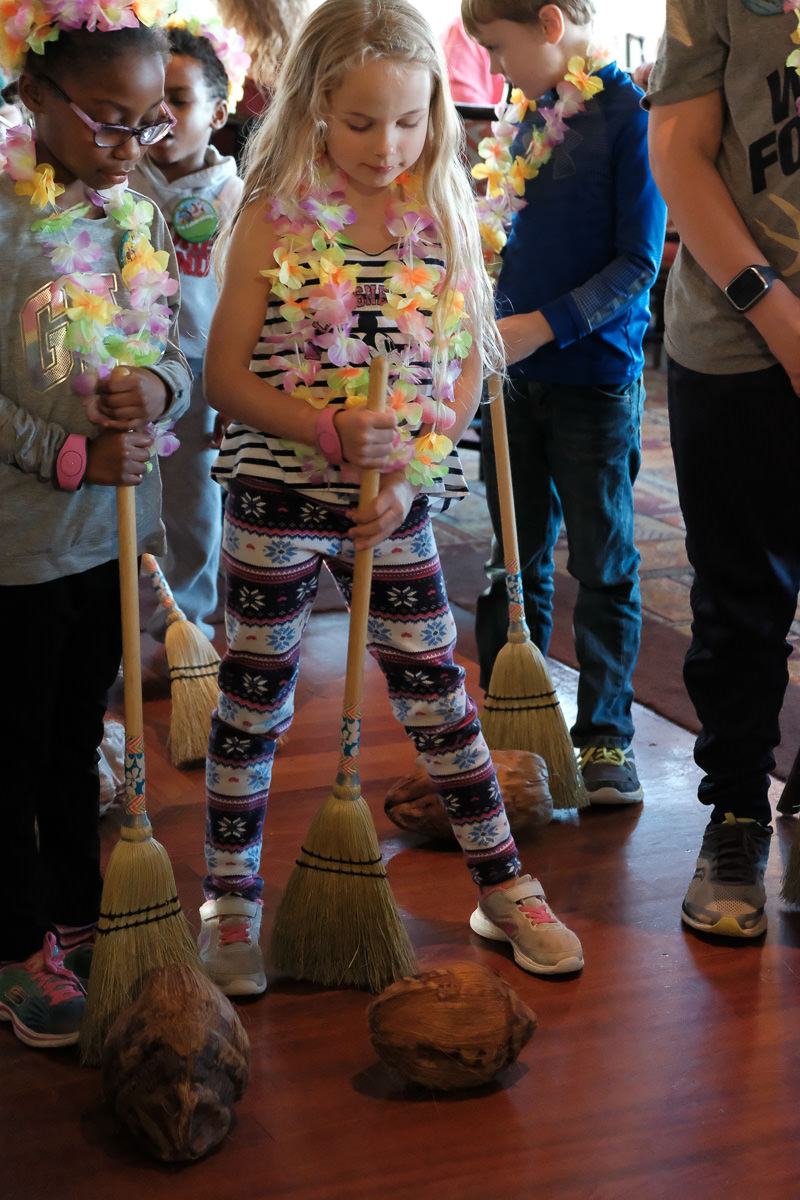 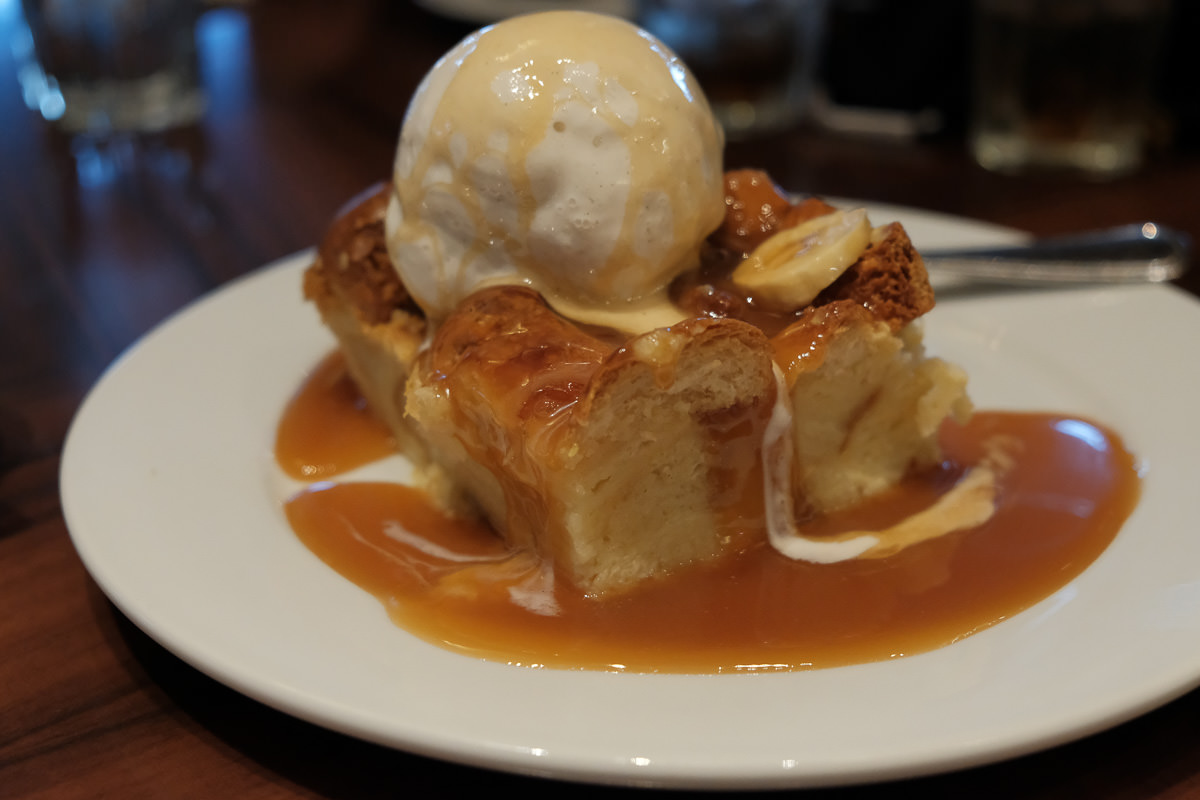 This picture is for you, Karla

Stuffed, we hopped on the monorail to Magic Kingdom, arriving around 5:30. We made the most of the 2.5 hours before the park closed. 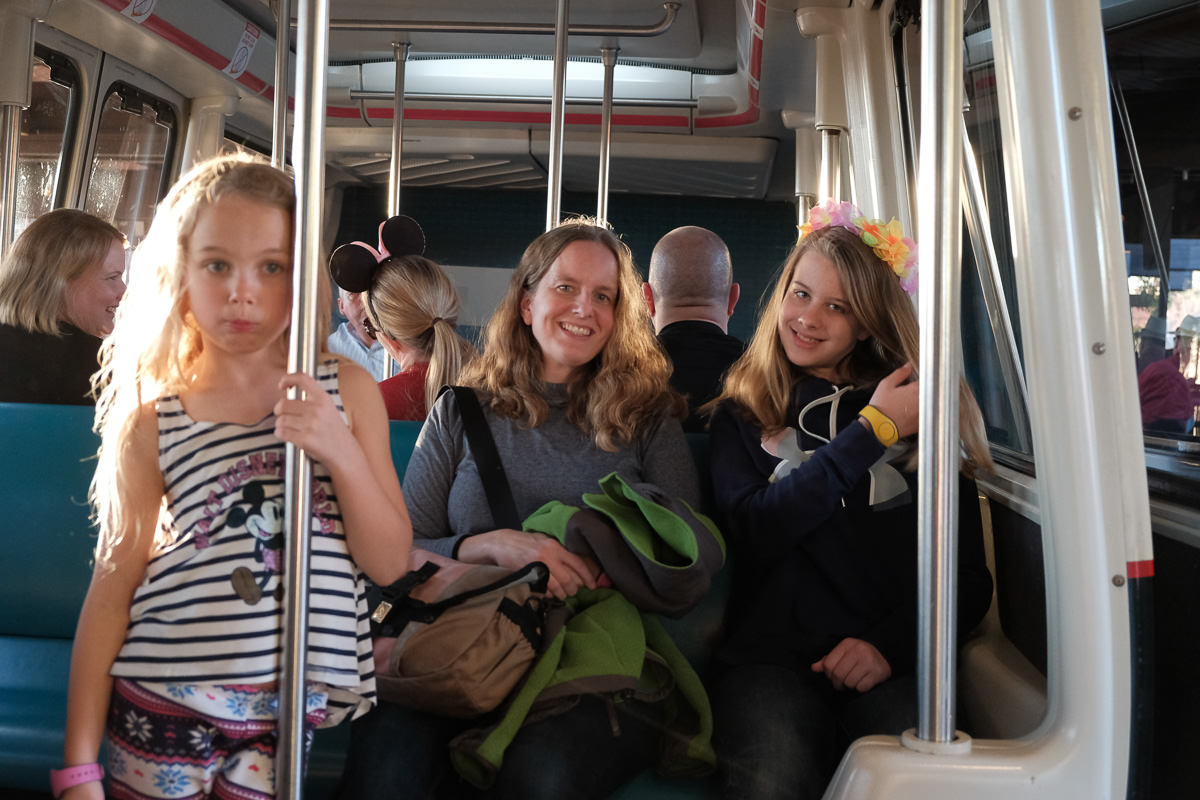 We started off with Rachel, Leah and me riding the 7 Dwarfs Mine Train, for the first time all week, because this was the first FP we could get. Aly doesn’t like the mine train anymore, so she used a FP to ride Haunted Mansion, and then we caught up with her. 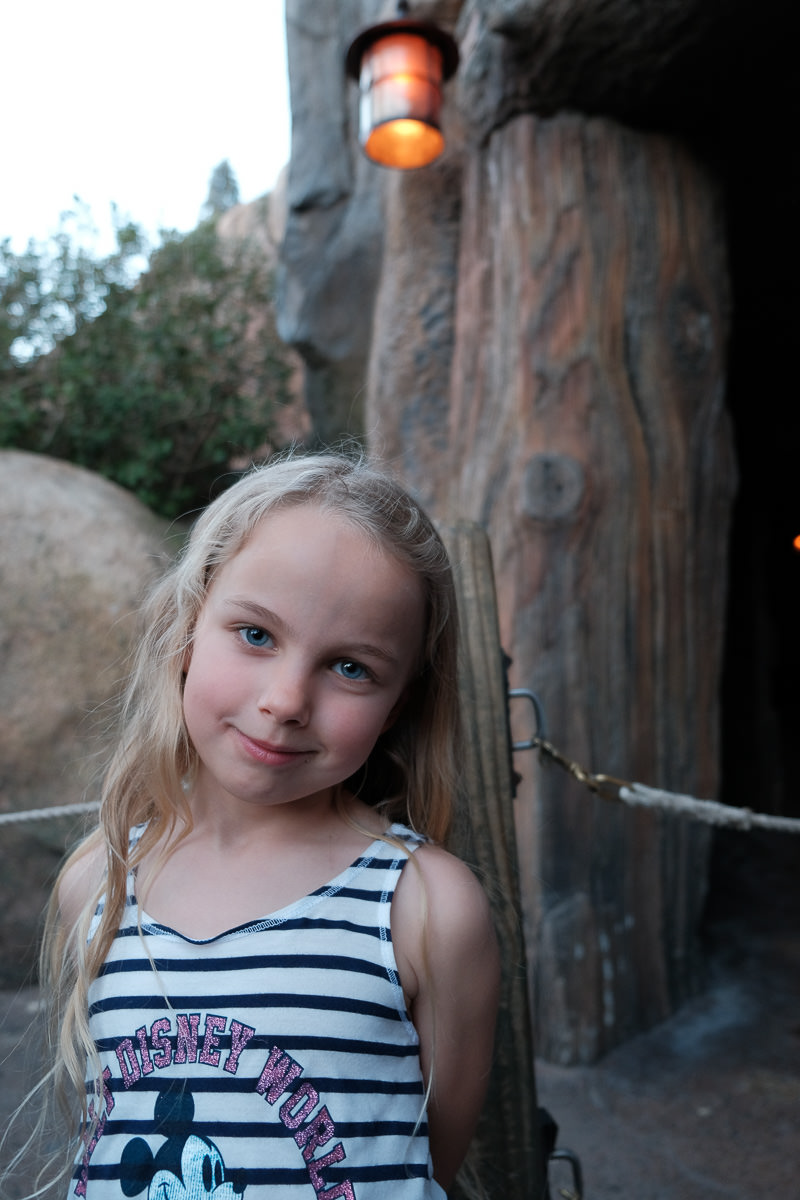 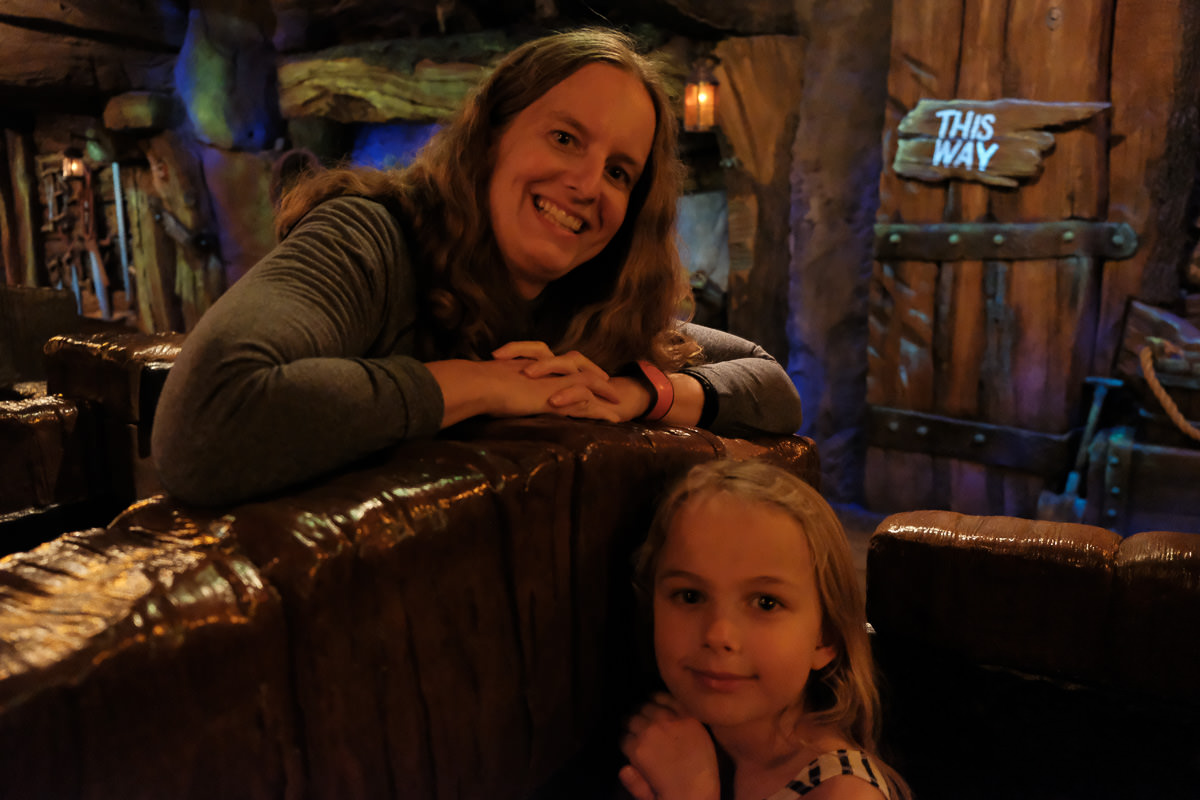 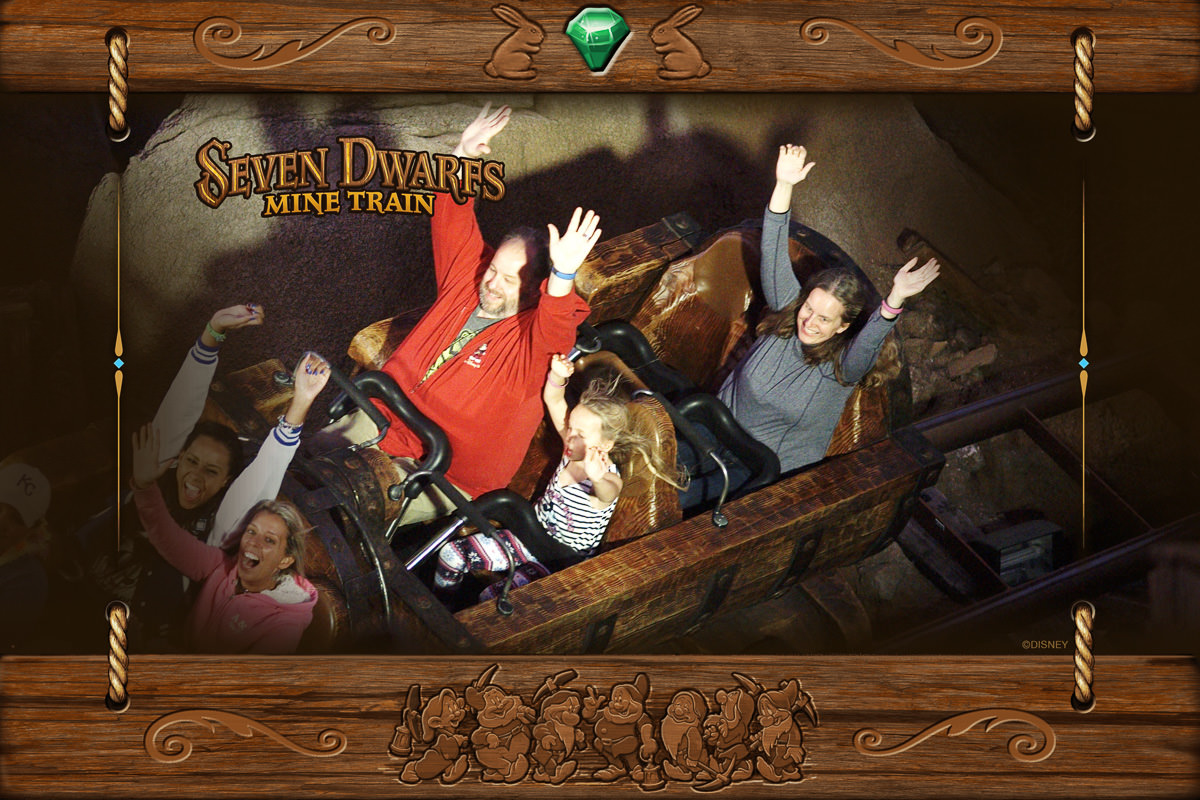 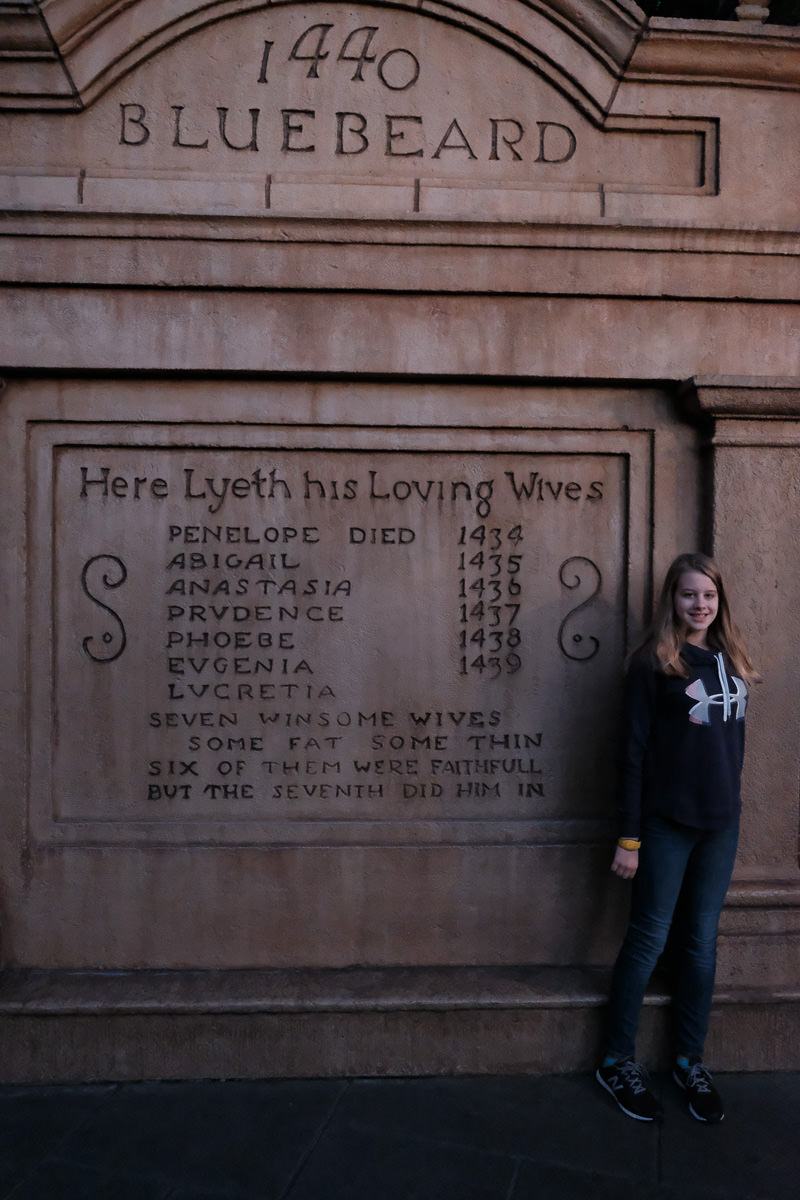 From there, we hit Philharmagic one last time in a mostly empty theater. 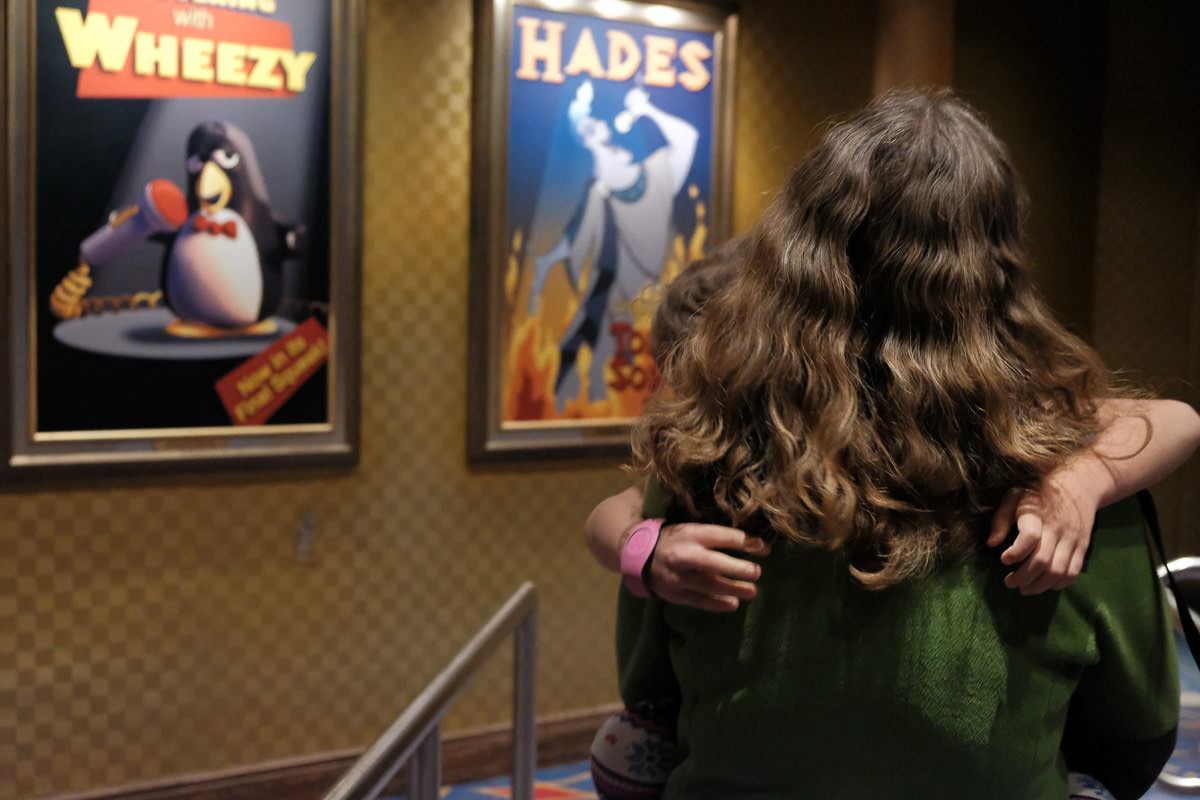 The another spin on the teacups, followed by a cool teacup lantern photopass shot: 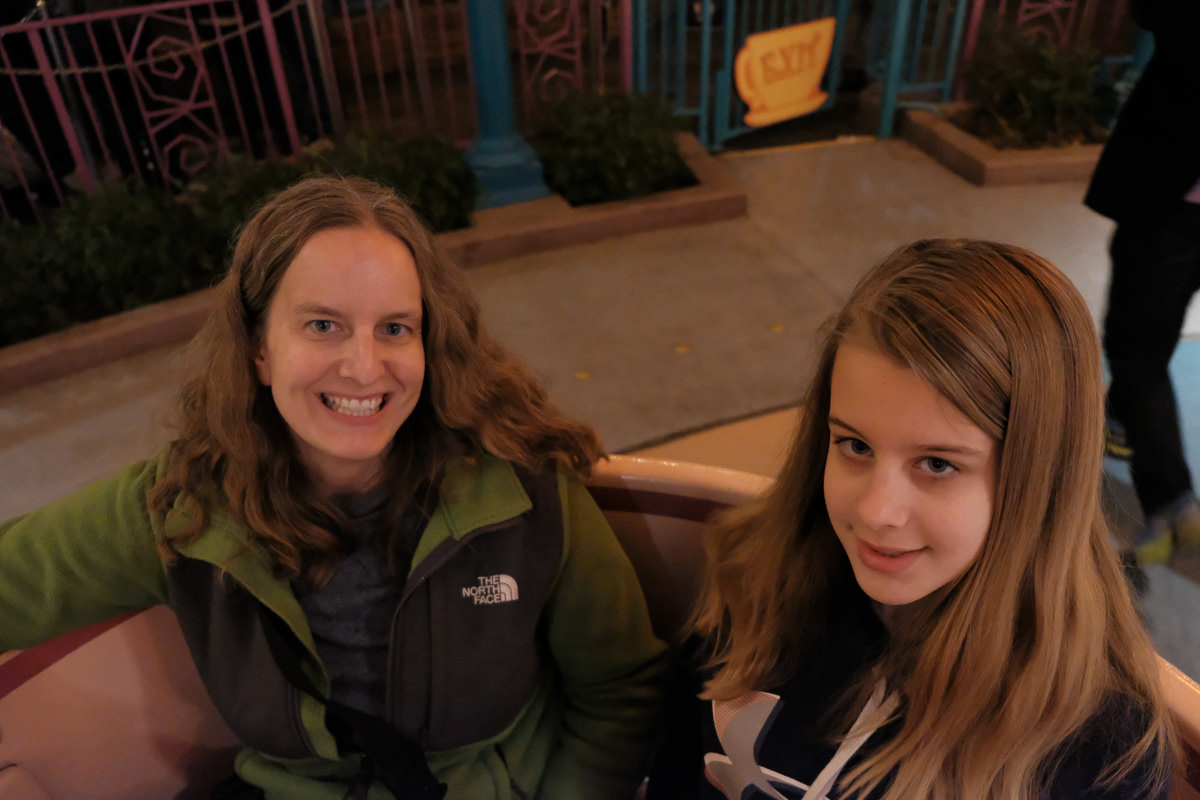 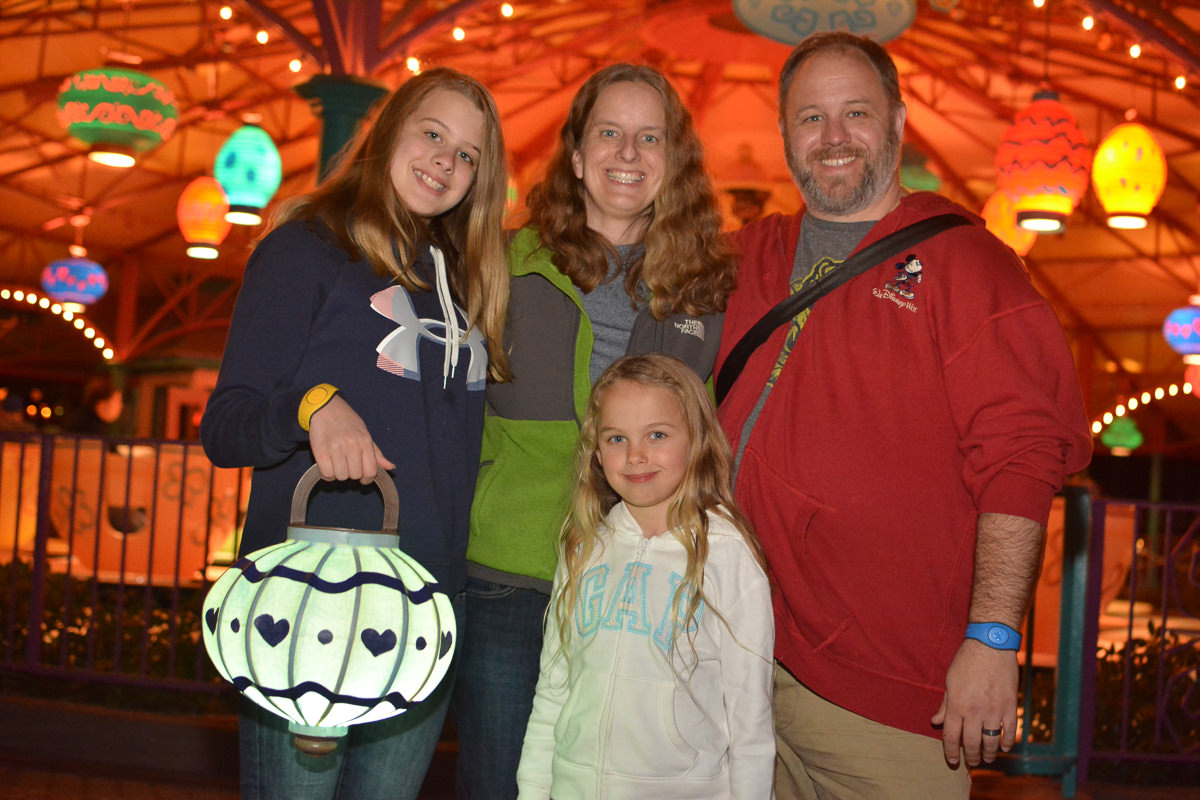 Back across the park to Pirates, where Leah decided we should do heart hands for the picture this time: 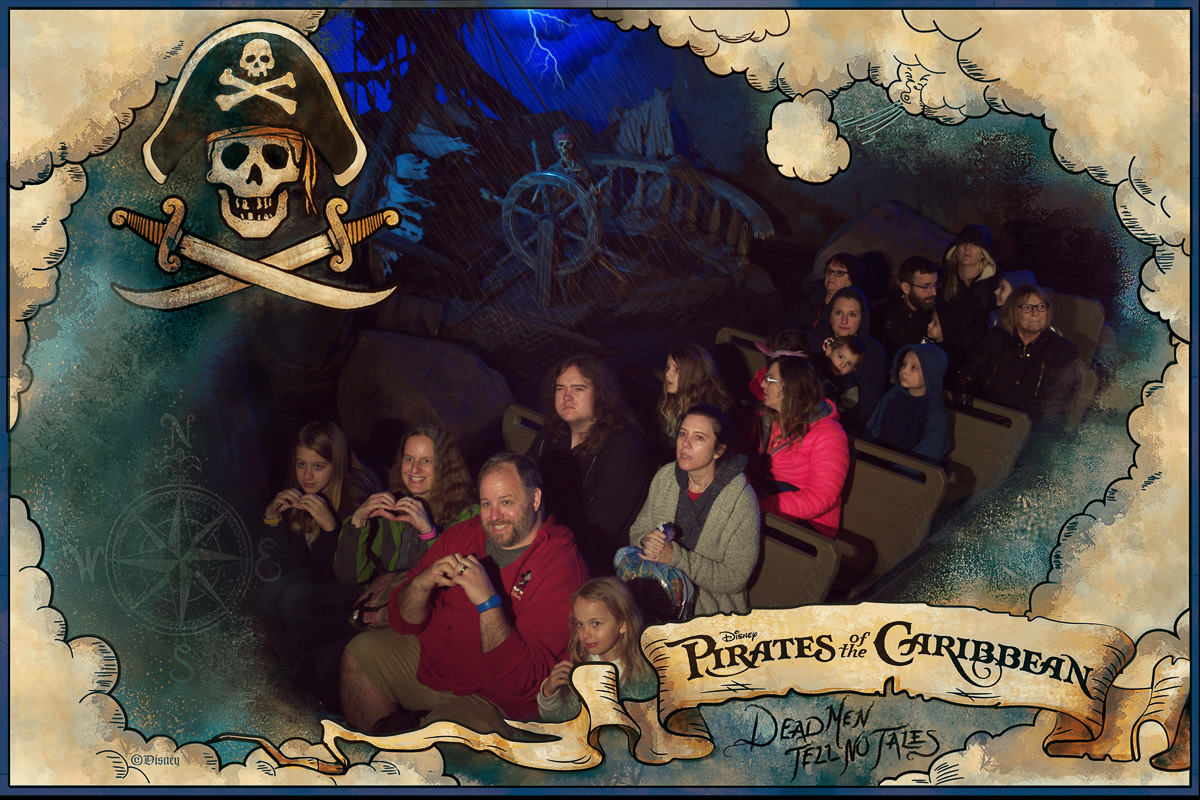 Then we split up.

On her birthday yesterday, Leah had been pretty bummed that she couldn’t ride Big Thunder Mountain Railroad for the first time, but the wait times had been too long. When we left Pirates, she said she wanted to wait no matter how long, but it had dropped to 15 minutes, so Leah and I headed there while Rachel and Aly got a Dole Whip then headed towards the front of the park.

We got up to BTMR and the sign said 10 minutes, but we breezed through the queue, and Leah was off the charts excited – literally bouncing as we waited to board. She had her hands up the whole time, despite it being her first time and in the dark, and asked to go again right away.

So we did. And she asked to go again right away.

So we did. We made it onto the train about 10 seconds before the first fireworks flew, so we got to see a good chunk of them on the ride, then started walking towards the front of the park to meet Aly and Rachel. 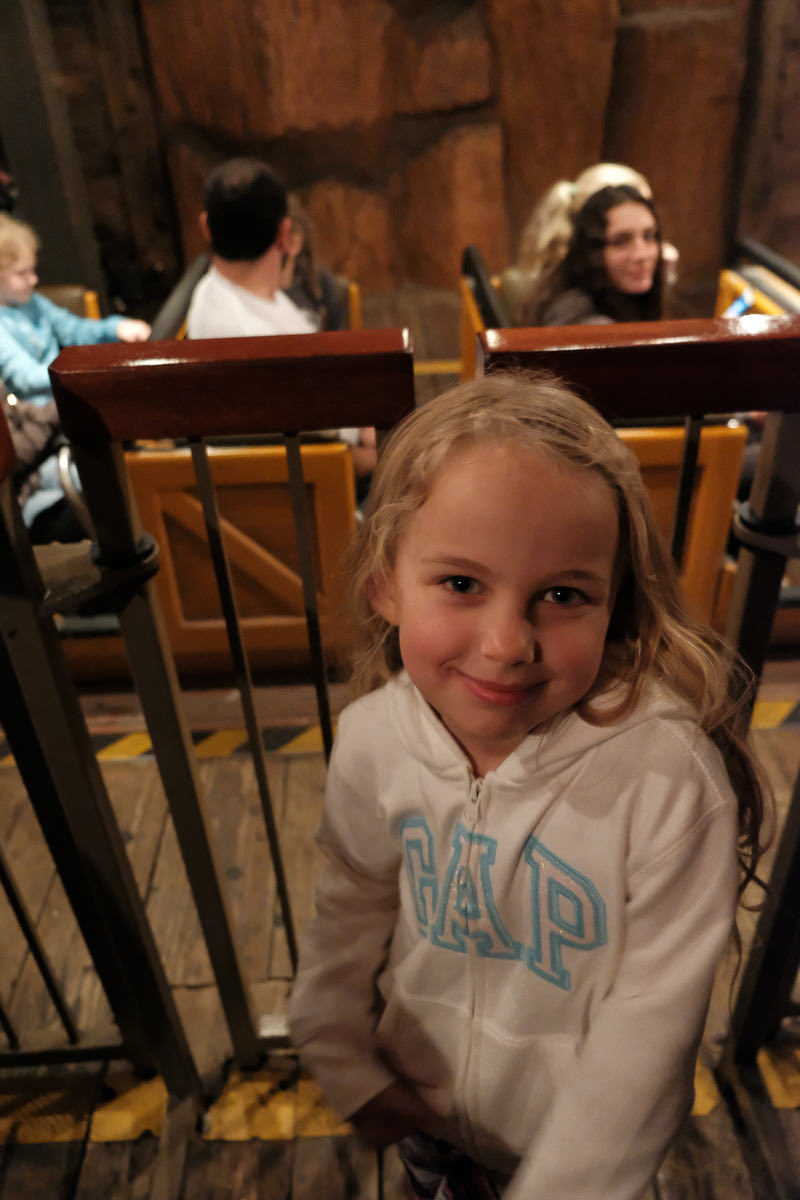 Meanwhile, they rode the teacups again and then got on Astro Orbiter just as the fireworks started, then watched the fireworks from a great spot near the Tomorrowland Terrace. Leah and I got trapped in the crowd near the castle, but had a great view of the second half of the fireworks.

I threw her on my shoulders and we all met at the Main Street Bakery, where Aly got a blueberry muffin and also a croissant for the next day’s breakfast that was gone before we got back to our rental house.

We got back to the house a bit after 9 and then started packing for tomorrow’s departure.