We slept in a bit on Sunday after being out late last night, and woke up a to a sunny Florida morning. Sunny and 40 degrees with a real feel of 32. No urgency to get out and going this morning.

This was planned as our only day at Disney’s Hollywood Studios on this trip, with a focus on shows and things we haven’t done before. It was very chilly and already pretty crowded by the time we rolled in around 11am. 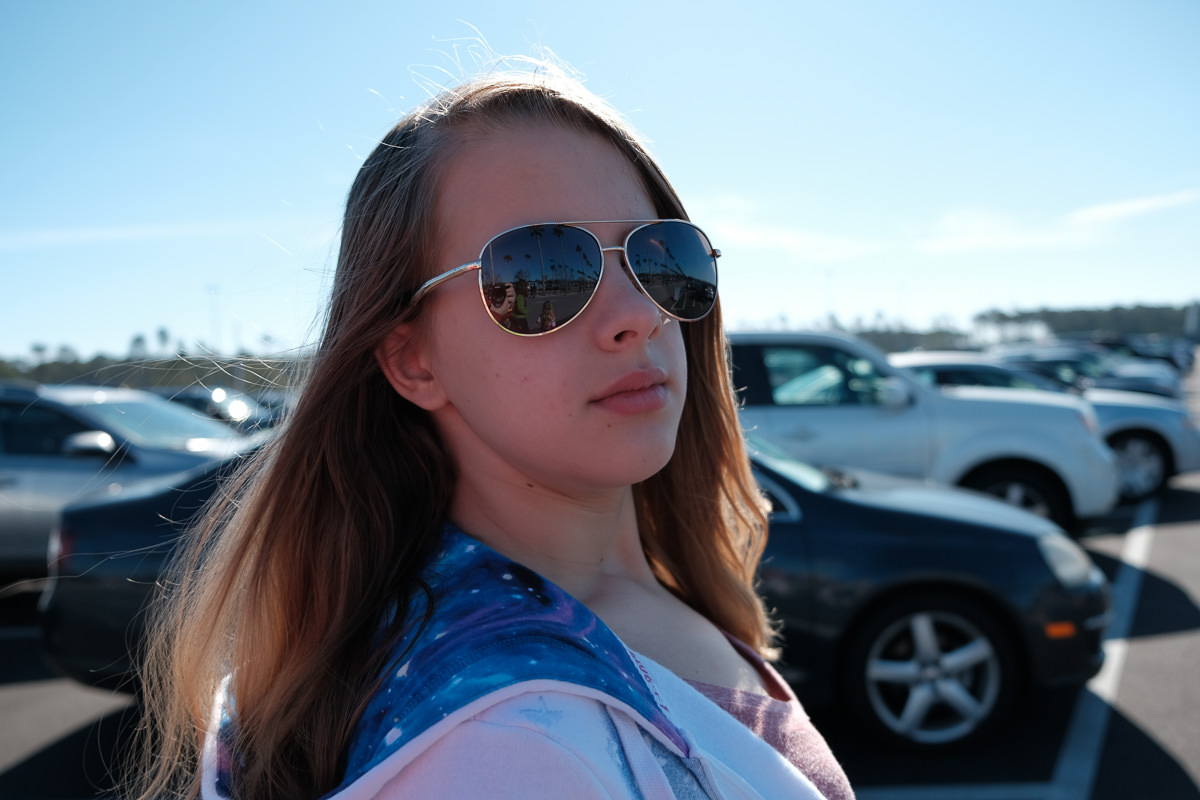 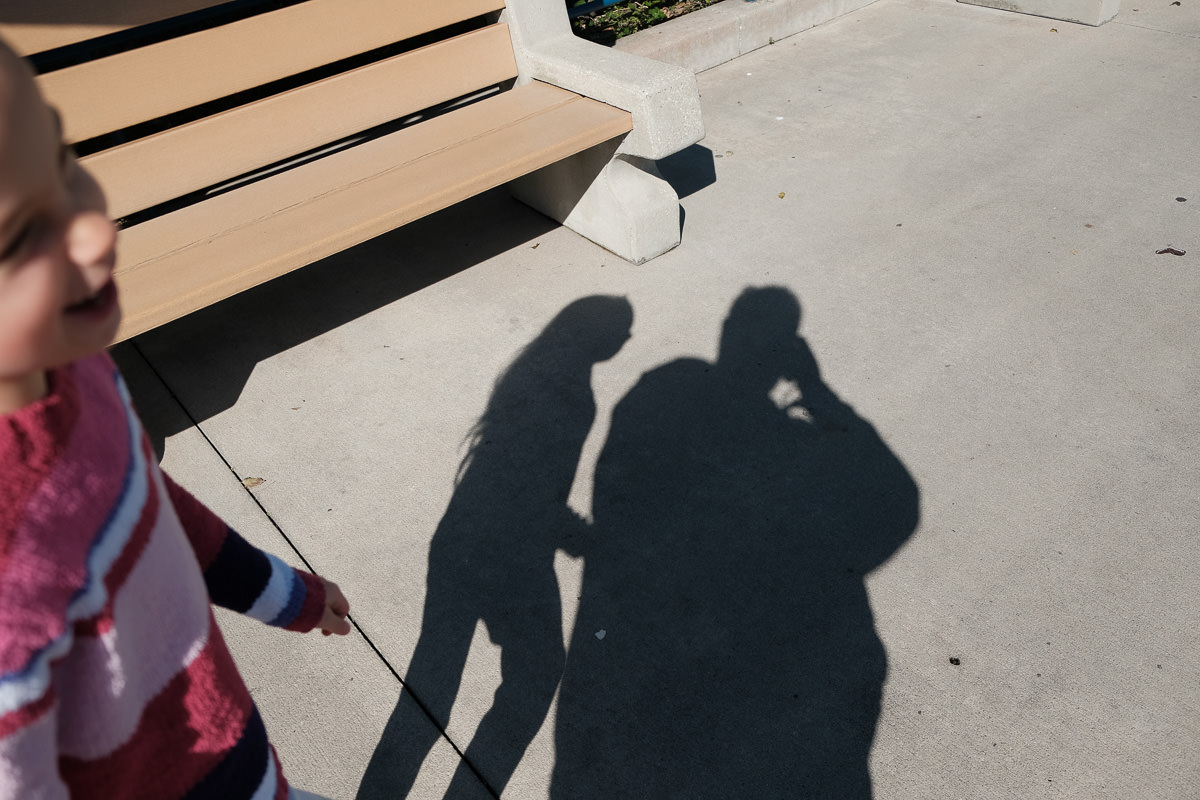 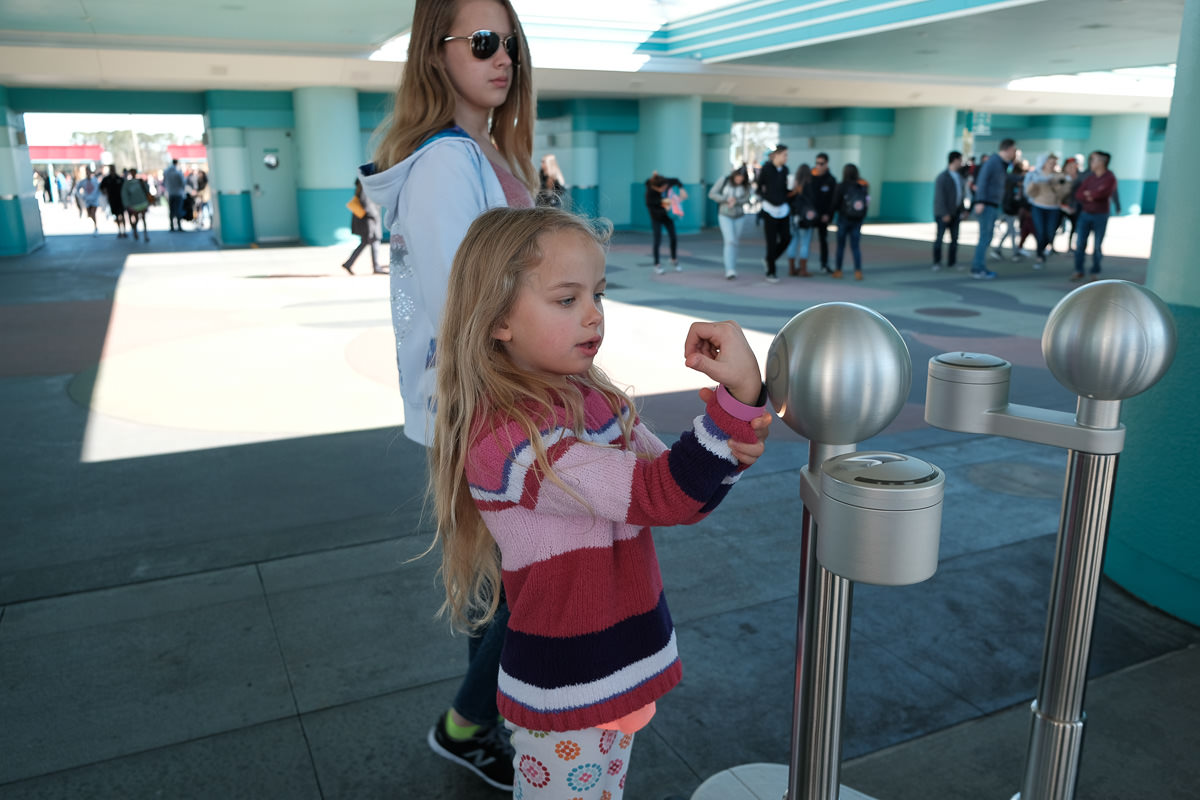 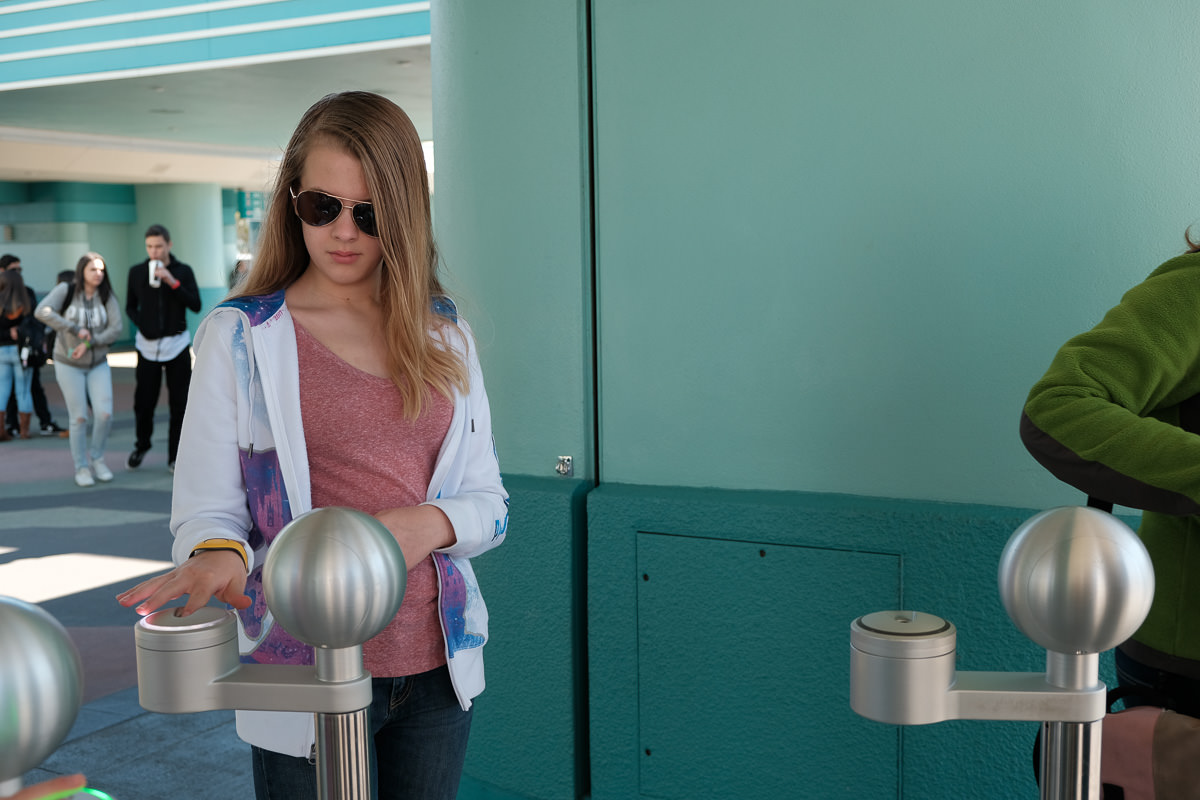 On this trip, Leah wants to try all the coasters that she hasn’t tried yet, so we started our day with Rock N Roller Coaster. We took a few pictures outside of Rachel playing Leah like a guitar to match the coaster art. 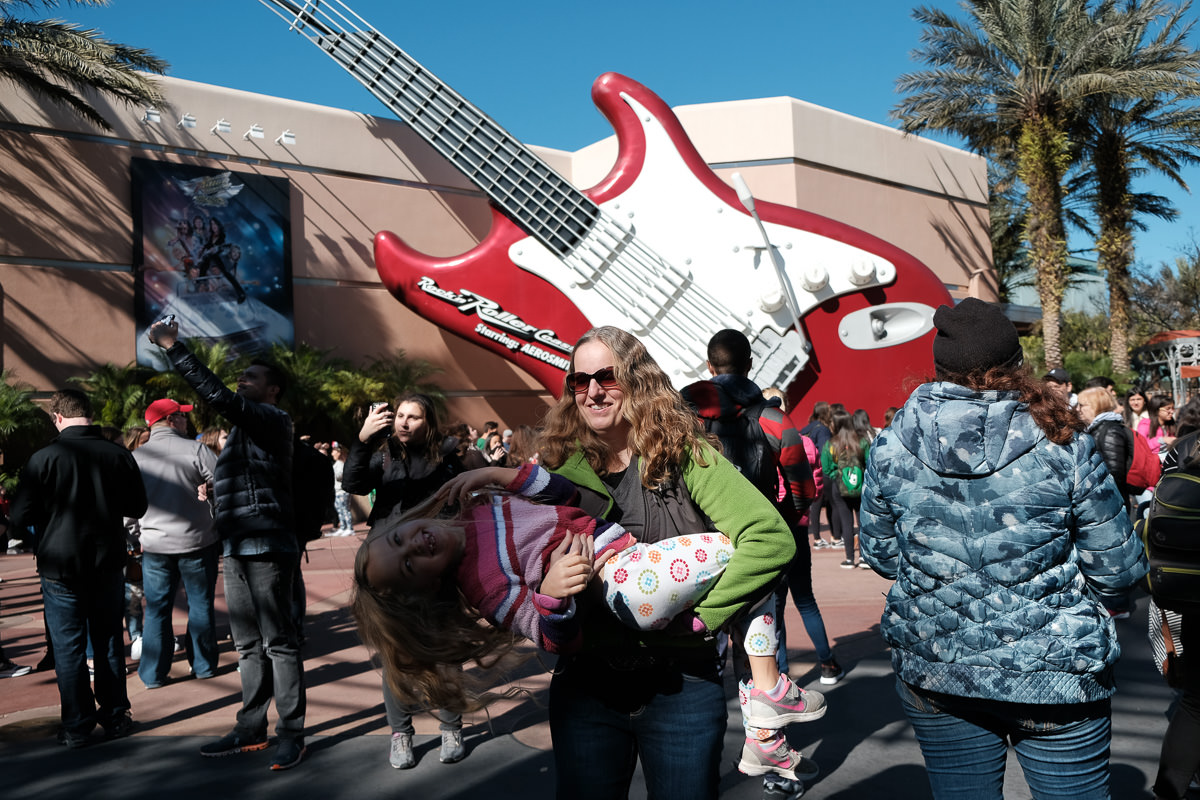 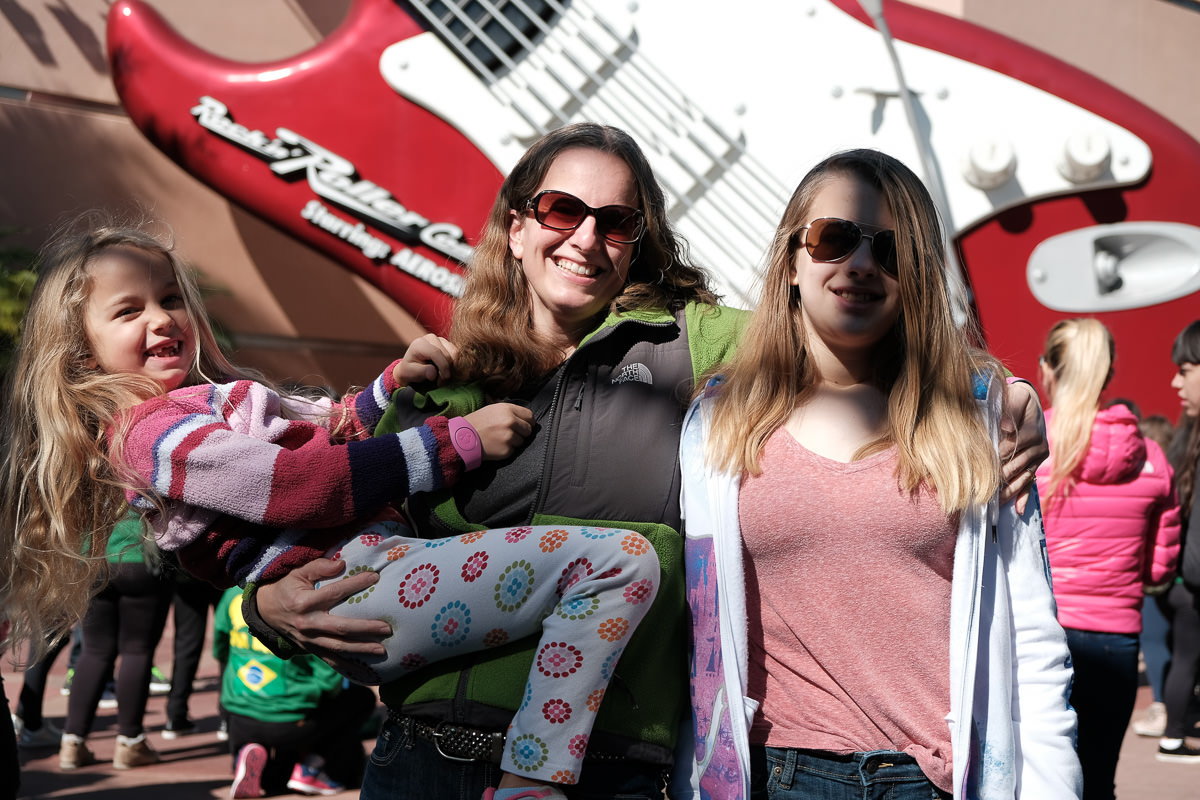 Aly bought hot chocolate while she waited outside the ride for us, and Leah got increasingly nervous as we went through the FP queue (the standby line was already at 90 minutes; Tower of Terror next door was at 105). When we got to the person who assigns seats, she put us in the last two rows, which I thought might be a bit too whippy for Leah’s first ride, so I asked if we could please be somewhere near the front instead. Well, we got the actual front: rows 1 and 2. 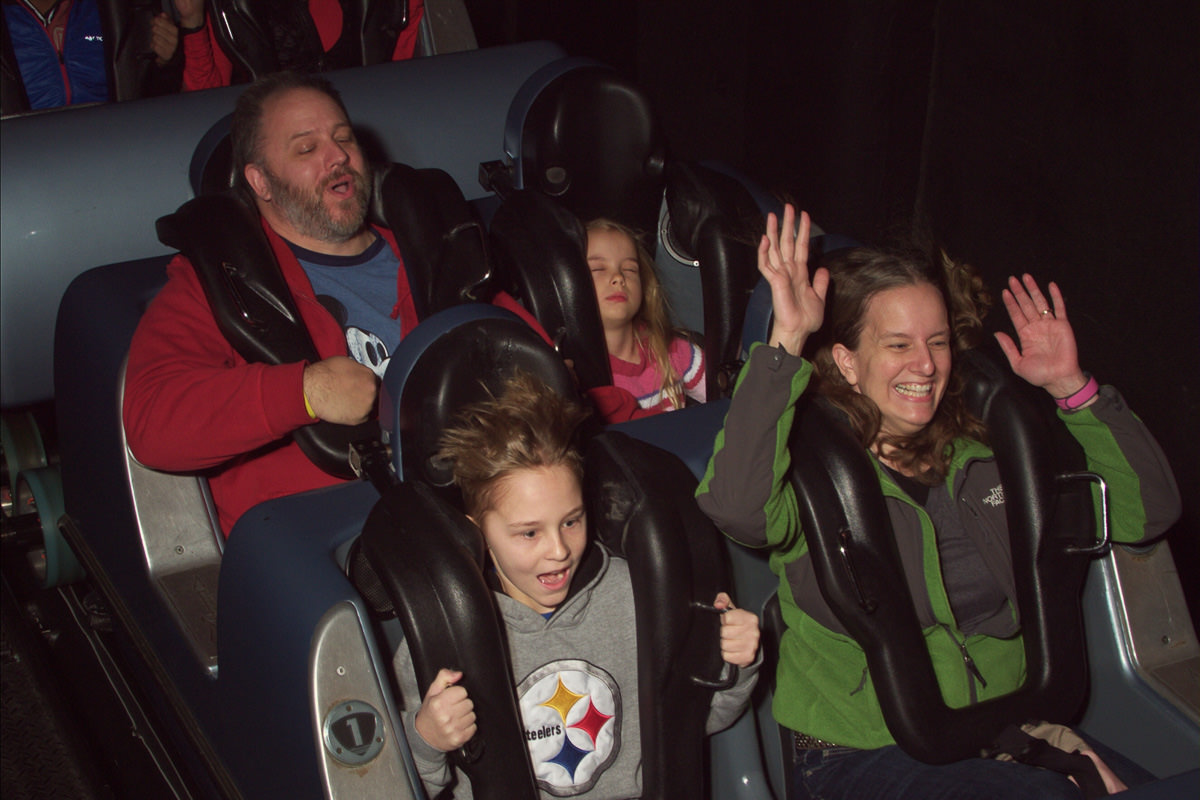 Rachel and some Steelers kid having a blast in the first row, while I try to talk a terrified Leah through it in the second row. Classic. She was a bit upset afterwards until she unwound from the pre-ride stress, but some coke and pasta fixed it while we lunched at Mama Melrose’s. 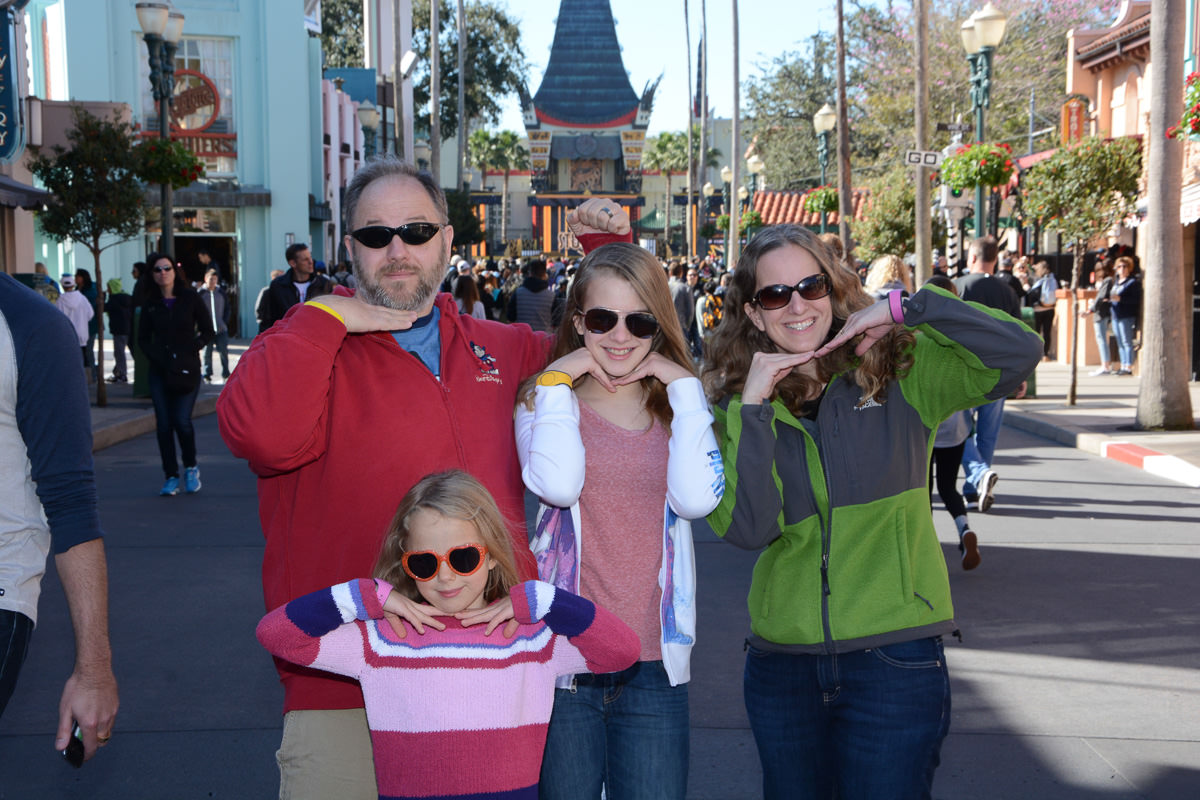 After that, it was show-o-rama as we marched back and forth across the currently tiny Hollywood Studios. First up was the Muppets 4-D movie, where Aly expressed her displeasure at the nine-minute pre-show: 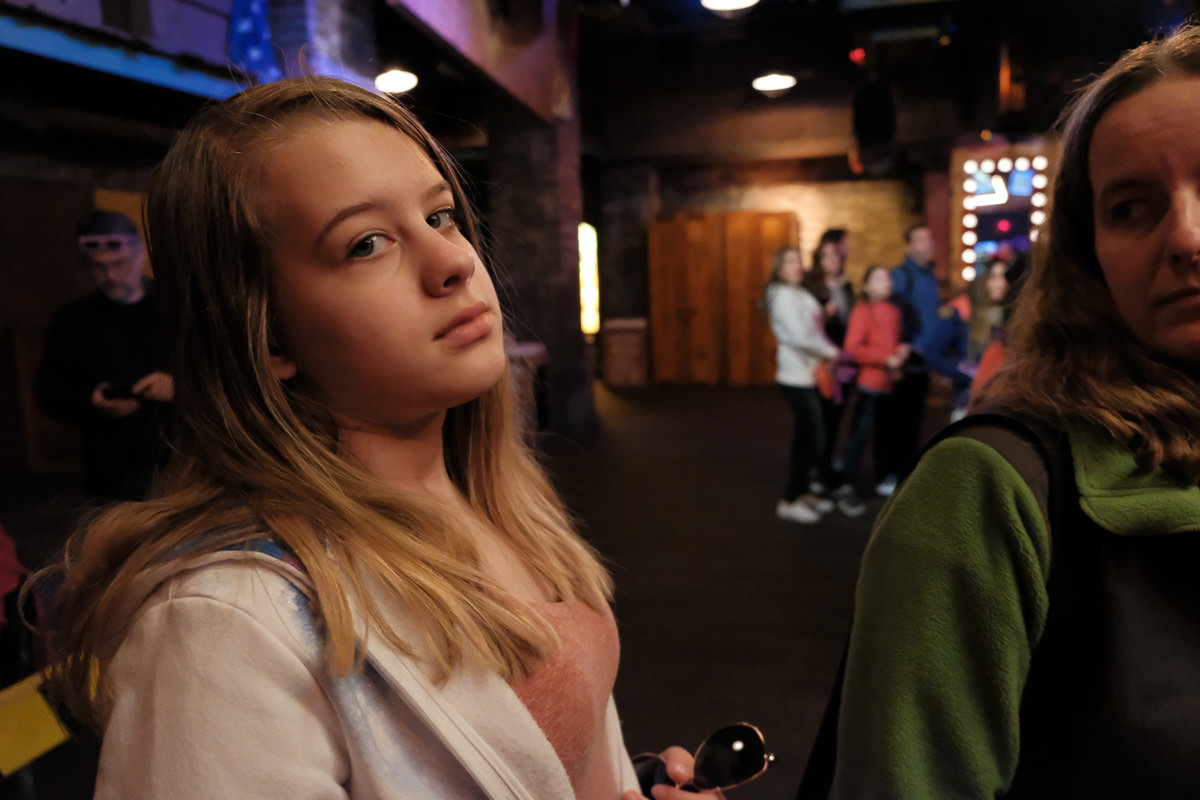 We did enjoy the show, though, and then walked across the park to try and get into Beauty & The Beast. 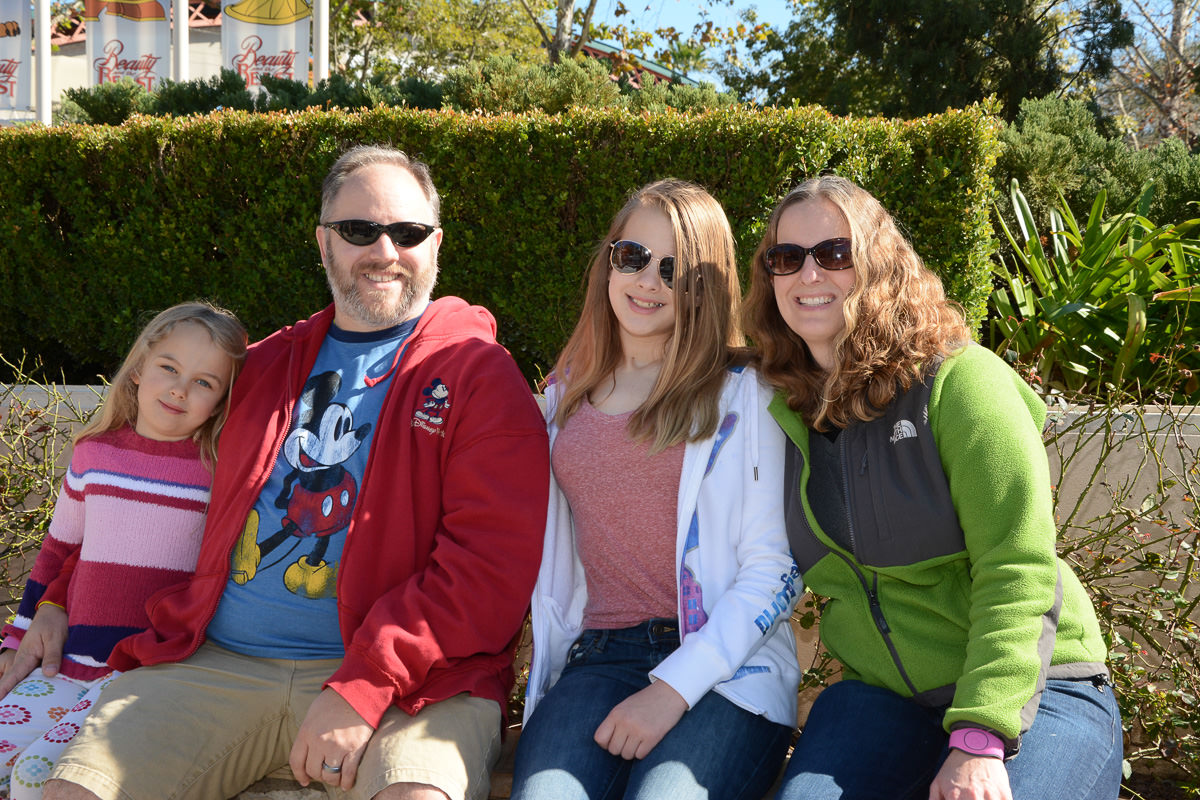 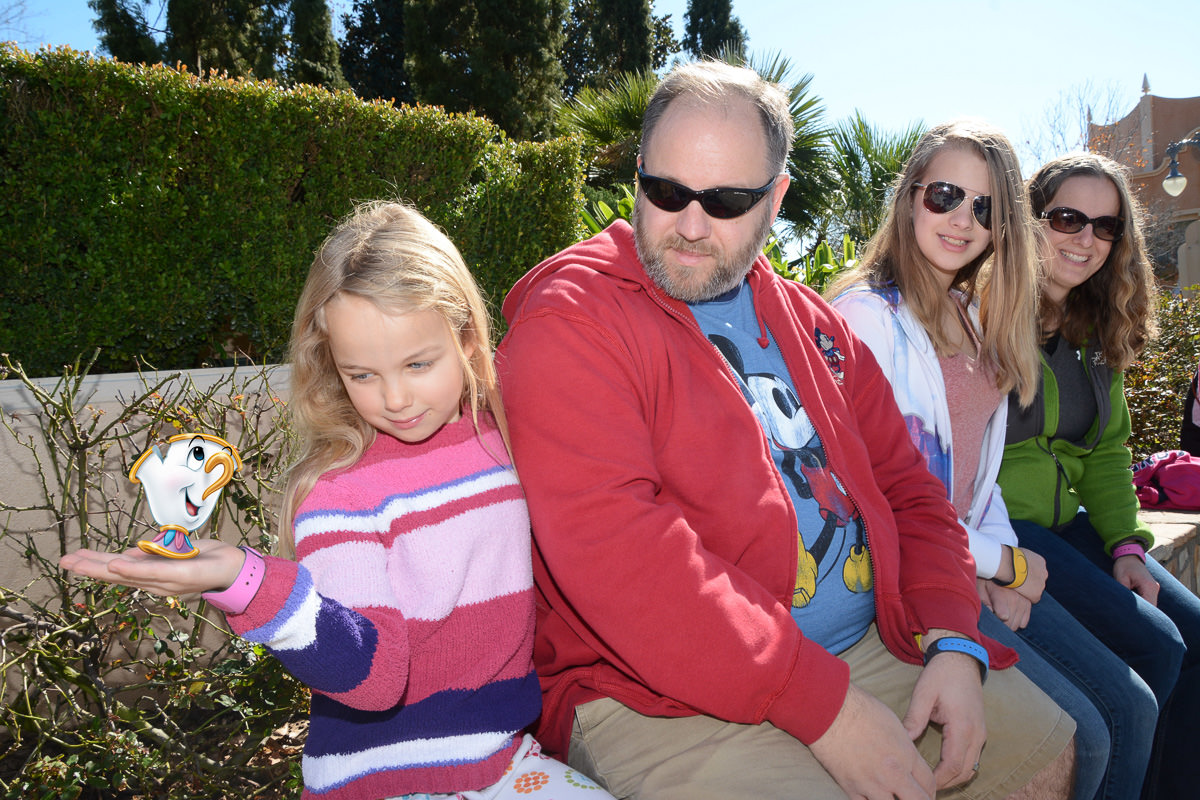 We knew we were a few minutes late, but were hoping they’d let us in. Nope, they said the auditorium was at capacity – another downside of such a busy day.

Instead, we made our way to the Frozen Sing-Along show, which we had never done, but have heard good things about. We had FP for the next show, but figured we’d try standby for this one and swap our FP to something else. 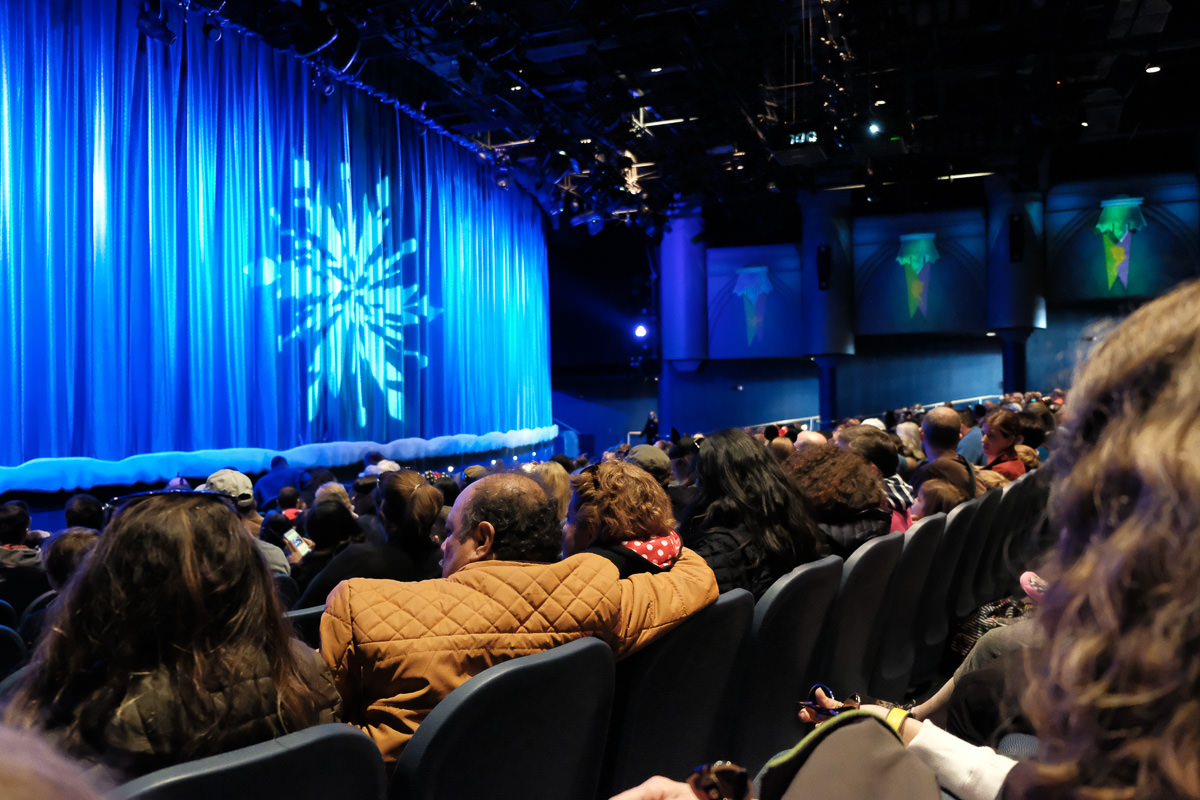 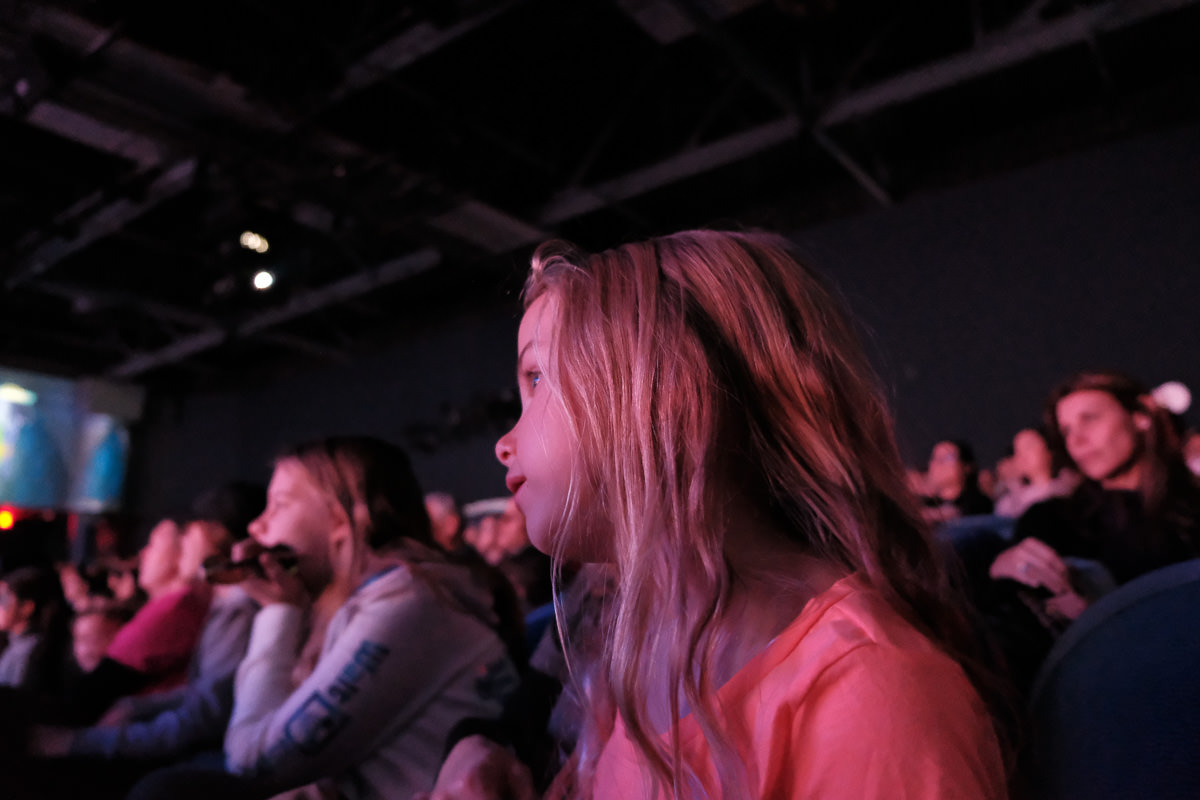 The show was indeed fun, and we all sang along. As we were walking out, I asked Leah if she liked it and if she would want to see it again sometime, and she said yes. I asked Aly the same thing, and she said yes. So we used our FP and saw it 2x in a row. Good times.

After that, we made our way back over toward Beauty and the Beast (we had snagged FP after checking in at the second Frozen show), where we stopped for a quick french fry snack before the show. The show was great and we all loved it – it’s very well done. 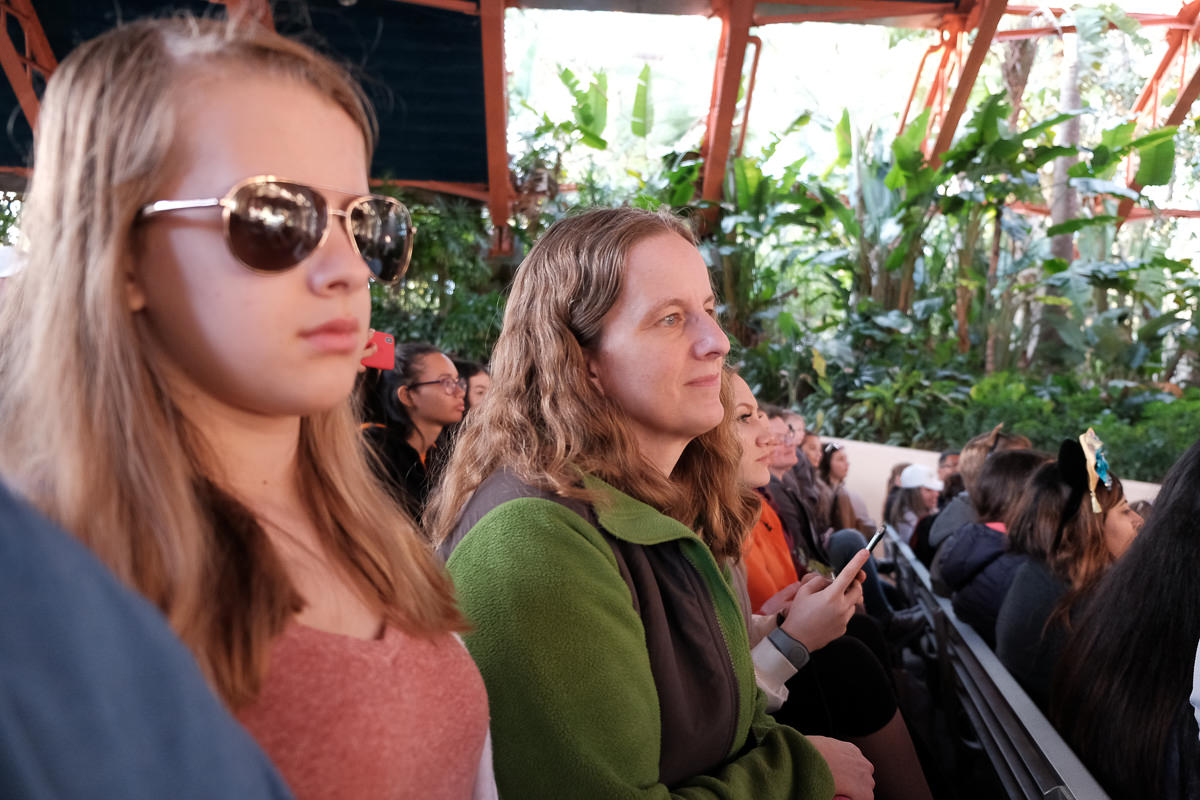 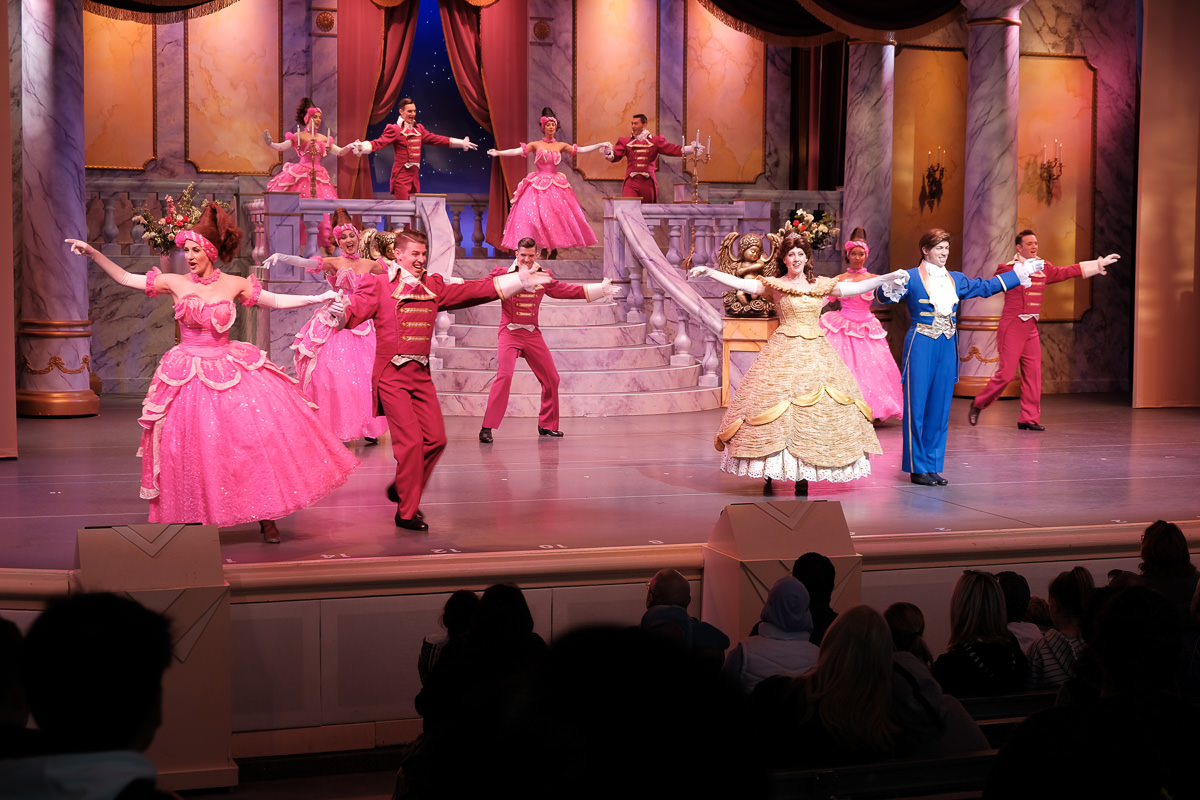 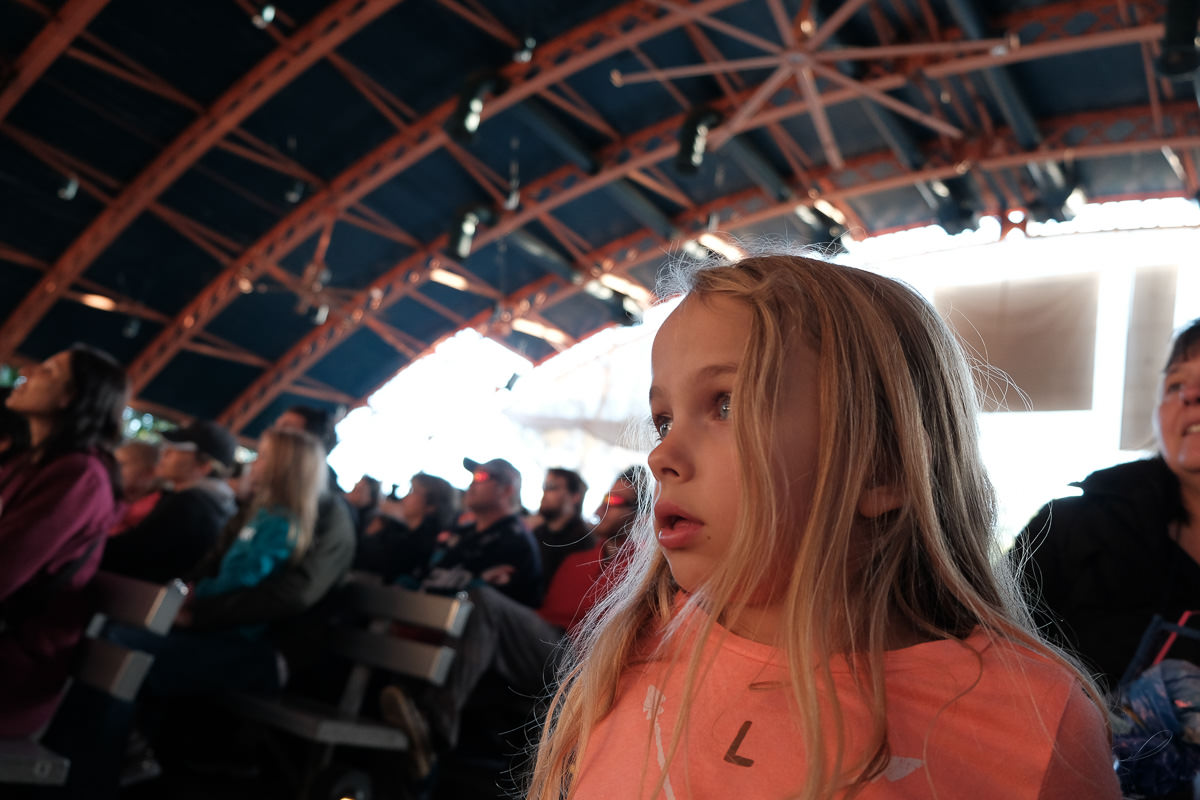 Here’s your proof the show was good: Leah looked like this the whole time.

At this point, we were 50/50 on leaving versus trying to stay and do more, but we headed over to the Indiana Jones stunt show to see if we could get seated. We did get in, on the far right side instead of our usual spots on the far left. While we were waiting for the show to start, I was able to get FP for Fantasmic, which we had been planning on skipping since the park was so busy.

I did not get picked as an extra this time around, but we did have a few firsts watching the show this time. The boulder did not come out as expected, so they had to break the scene, fill some time, and skip the rest of that part of the show. Also, the exploding truck did not reset itself, so they just pushed some other set pieces in front of it to hide that fact. We’ve never seen either of those things happen before, but I suspect that show will be shutting down for refurbishing soon. 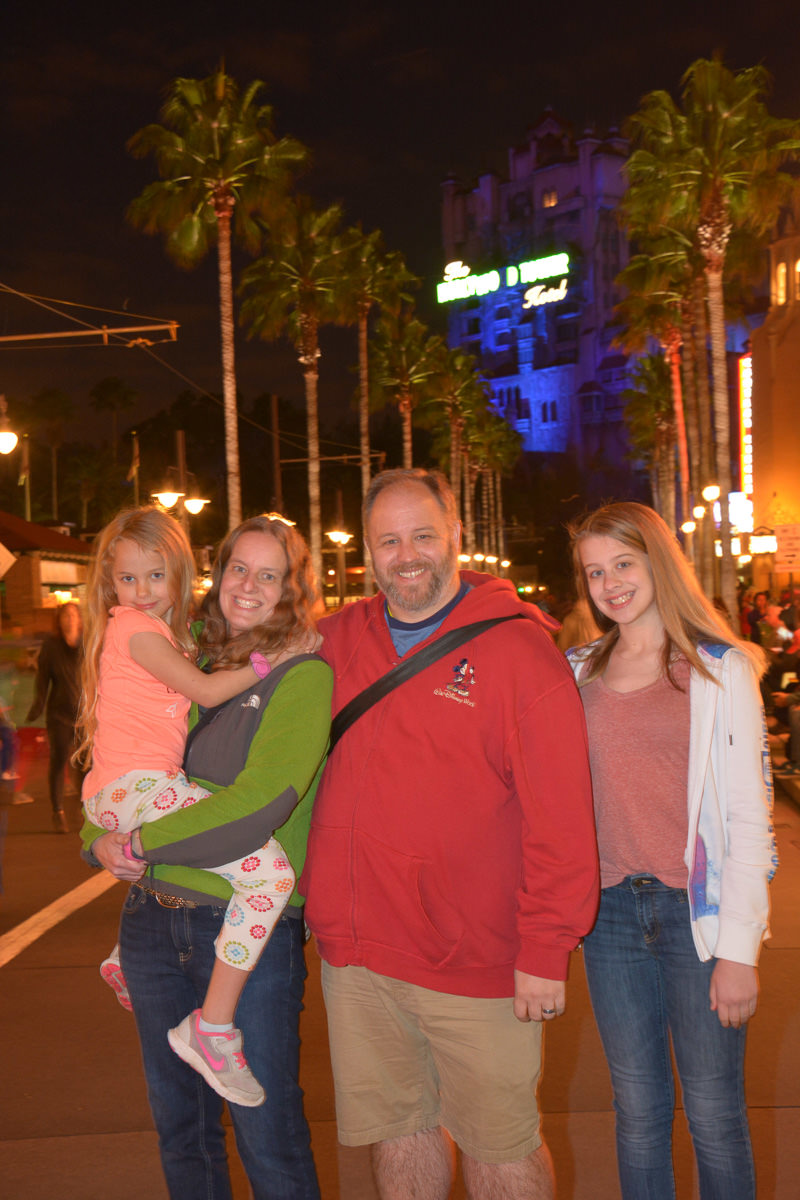 We hiked back over to Fantasmic and ended up sitting in the very far left section, which was good. At this point, it had cooled back off, and the wind was coming from behind our seats, so we were assured of staying dry during the show. Neither of the girls had seen Fantasmic because the last time we saw it was (we think) in 2003 with Devin. It’s pretty intense compared to the other nighttime shows, but it was great. 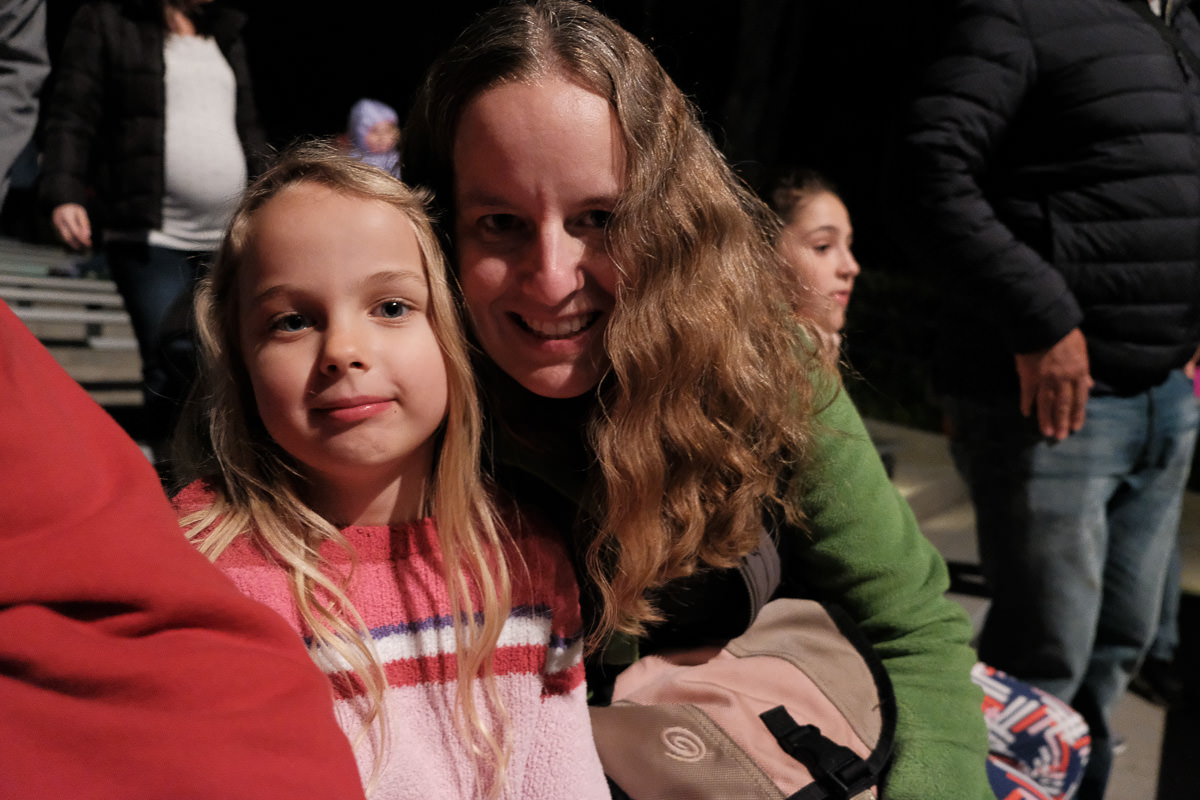 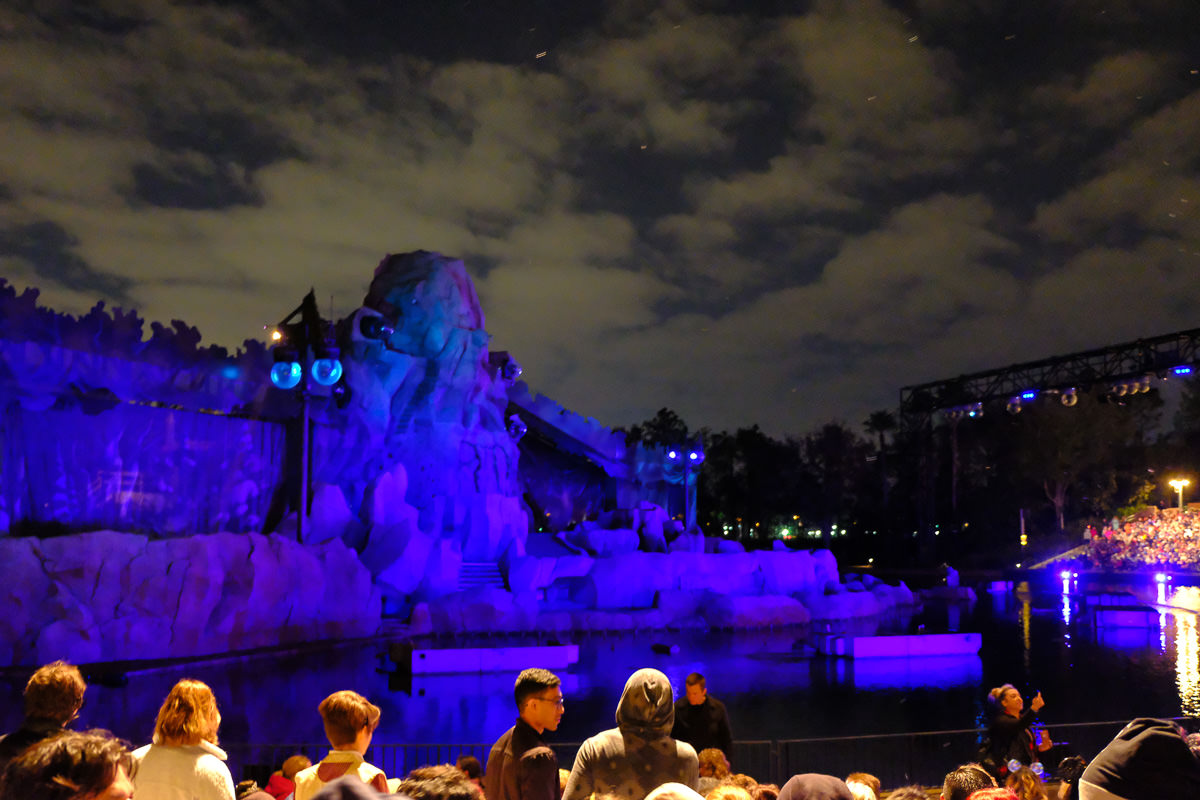 It took about 20 minutes to file out of the theater, and I was trying to talk them into staying for the Star Wars fireworks, which we haven’t seen, but I lost out on that. After the long walk to our car, the fireworks started right as we got in the car, so we did get to see some of the show as we left the parking lot.

We needed to get some food, and the girls wanted to go to the outlet store, so we made our way there and hit the food court for a late dinner. After shopping, we headed back to the house and passed out.