I have enjoyed reading Rolling Stone for the last ten years or so, and every now and then, I take a flyer on a band I’ve never heard of that gets reviewed in RS. Life is easier now with Spotify, Pandora, and other music discovery services, but I had a harder time finding good new music back then, so when I found something, it was seriously positive. I came across a review of a band called Oceansize, with an album called Effloresce, and the article had a thumbnail of the wicked album cover: 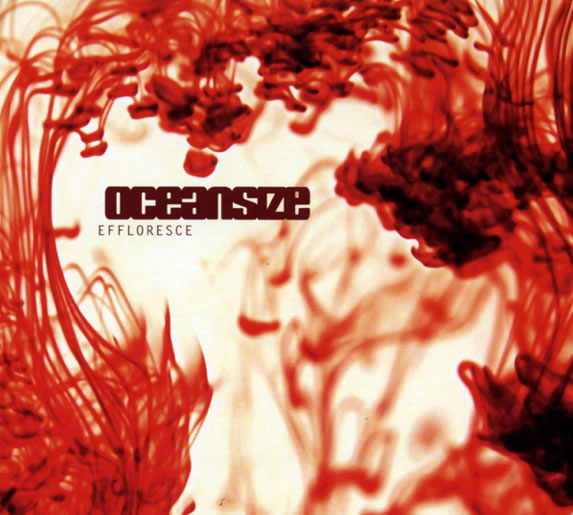 This is one wicked album

The RS review said:  “Bassist Jon Ellis and drummer Mark Herrin bring empathetic thunder: the lightning is everywhere” (stolen from CD Universe, the RS review is no longer online). As you might imagine, I’m generally a fan of emphatic thunder and everywhere lightning in my music, so I hopped onto Amazon and ordered the CD in mid-2004. I put the headphones on for a first listen, which is usually the best way to hear a new band.

I was jamming my way through the disc when I came upon the eighth track, titled Amputee. The layers and layers of guitars absolutely knocked me over. I played it once, and then again, and then a third time. I was so blown away that I logged into iTunes and sent $10 to my best musical friend at the time, hopped on IM and demanded that she download it right away (I’ve done that one other time, coming in a future installment). I kept listening to the album while impatiently waiting for her download to complete – then played the part of the annoying excited mini-chihuahua “Isn’t it awesome? Isn’t it? Isn’t it?”

I can say unequivocally that Oceansize has been my favorite band of the last decade. Effloresce is still my favorite album of the lads, but Everyone Into Position and Frames are right up there. My actual favorite Oceansize track might be “The Dirty Sweet Smell of the Summer“, a b-side on the “Heaven Alive” single. Also, “No Tomorrow“, “Trail of Fire“, and “Unfamiliar” (tell me that’s not killer live rock) are stellar tracks among a solid overall catalog. Of the 12,000 tracks I have in my iTunes library, 322 are rated five stars. 20 of those tracks are Oceansize tracks. Zep have 37, Metallica 17, Floyd 22.

Sadly, Oceansize are no longer with us, announcing their breakup with a simple message posted on their website. I had never heard a band quite like them, and I have never found one since, despite numerous attempts on Pandora, iTunes (“Other space rock guitar weirdos who like Oceansize bought…”), and scouring obscure rock forums. The closest I have found is Amplifier, who are an excellent band in their own right, but they do not fill the void created by the loss of the ‘size.  If there is anyone out there who has found a band that sounds a bit like Oceansize, please let me know – this is one of my all-time top ten bands and I need more.